Android One: What It Is and All That You Need to Know 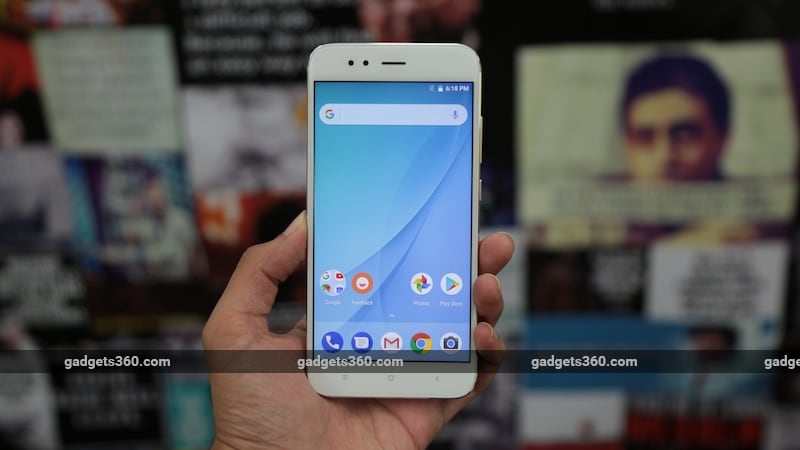 After a long period of silence, Android One made a comeback of sorts, courtesy Xiaomi, with the launch of the Mi A1 smartphone in India. While software support till Android P was promised, the addition of three Xiaomi pre-installed apps was questioned by many. Android One, when first launched, promised a true stock Android experience, and these app additions, are a break away from that promise.

The Xiaomi Mi A1 comes with three Xiaomi apps - its camera app, Mi Store shopping portal, and Mi Remote app. These additions fail to deliver on one promise that Android One was originally marketed with - pure Android experience. We go down memory lane to see what exactly Android One stands for, the smartphones it supports for now, and the real difference between Android One and Android.

What is Android One?

In 2014, Google's then SVP, now CEO Sundar Pichai launched the Android One platform at its annual developer conference. The project aimed to provide a quality stock Android experience at a sub-$100 (Rs. 6,000) price point, whilst also certifying the device for an optimised Android experience. For Android One phones, Google provided the reference hardware design to these companies, as well Android OS with the promise of regular updates for two years.

The first manufacturers to launch Android One devices were Micromax, Karbonn, and Spice in India in September 2014, with prices starting as low as Rs. 6,299. At the time of launch, Pichai said that Android One platform was made with the Indian audience in mind. Eventually, Android One was launched in many other countries like Pakistan, Sri Lanka, Myanmar, Philippines, Bangladesh, Nepal, and many more.

Several Android phones have launched in the interim, and several in the recent past have had mid-range specifications. With the Xiaomi Mi A1 launch on Tuesday, Google now has a mid-range offering in the Indian market. Alongside, Google revealed that Android One now stands for Simple (for an uncluttered, non-bloatware interface), Smart (optimised for Google Assistant and other Google services), Secure (protected by Google Play Protect), and Fresh (promised updates).

In its own words, Google says, "When we launched Android One in India back in 2014, the goal was to get the next billion people online by providing them with high quality, affordable phones. Since then, the larger community has told us they value what Android One stands for across a range of phones-a refreshingly simple software experience that is accessible, always fresh and stays ahead of the curve, with improvements to battery life, usability, and of course, security... As phone manufacturers continue to innovate by delivering high quality devices at accessible price points, keeping the inside of one's phone innovative, fresh and secure is critical to a great experience. We're extending our commitment to Android One by working with more partners to build phones that run a software experience designed by Google...

In the past year, we've expanded the program to new partners, geographies and price points. For example, in Japan, Android One devices are among the top selling phones in SoftBank-owned Y!Mobile stores. General Mobile has committed a full portfolio of Android One devices in Turkey, and recently released their fourth offering, the GM 6 ."

In India, the first Android One smartphones launched were Micromax Canvas A1, Karbonn Sparkle V, and Spice Dream Uno. Later on, Lava entered the game with the Lava Pixel V1 in July 2015, and now Xiaomi has partnered with Google to launch the Mi A1 Android One smartphone in the country powered by the Snapdragon 625 processor.

Android One vs Android

The biggest difference between Android and Android One is that the former is open source, and OEMs and manufacturers can make as many changes as they want to the operating system. Android OS can be tweaked heavily, adding more features and a customised skin to set the OEM apart from others. The software and security updates are also regulated by OEMs, and Google plays little part in it.

Android One platform essentially was launched to convert non-smartphone users into smartphone users. With that in mind, Google offers pure Android experience, and regular updates to compatible phones, limiting OEMs work. It sets a hardware standard as well for OEMs, reducing work there as well.

Google has also promised that all Android One phones will get software support for two years, while for Android OS users, it is left to the OEMs' discretion.