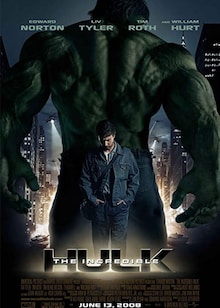 About The Incredible Hulk Movie (2008)

After an experiment goes wrong, exposure to gamma radiation causes Banner to transform into the green monster, Hulk, whenever his heart rate rises above 200 beats per minute — or he gets furious.

Hulk then becomes the target of U.S. military as they want to weaponise him.

Listen on
The Incredible Hulk Photos