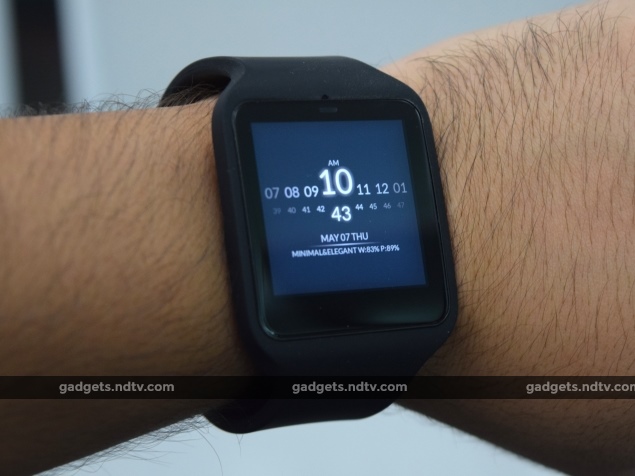 Sony isn't new to smartwatches, as is obvious from the '3' at the end of this product's name. The first and second iterations didn't become quite as popular as Sony would have liked, and both had too many weaknesses to be considered competitive in the smartwatch category. This latest model has made one key change: it uses the excellent Android Wear operating system.

At Rs. 19,990, the SmartWatch 3 is also the most expensive Android Wear device available in India right now. Considering that the popular LG G Watch and even the Motorola Moto 360 are available for much less, does Sony offer enough to justify the high price tag? We find out in our review. 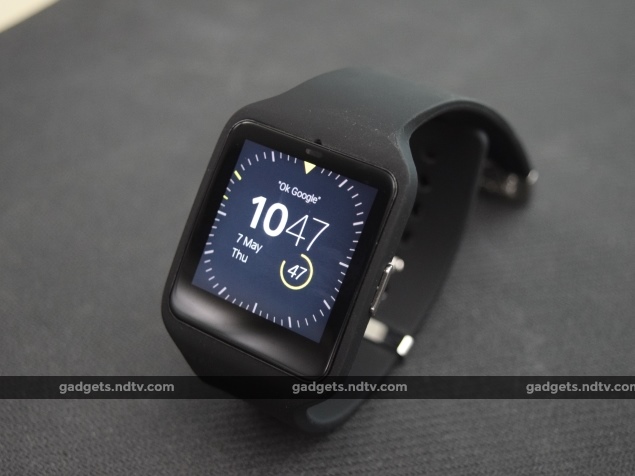 Design and display
When the LG G Watch and Samsung Gear Live were launched last year, the primary criticism they faced was the square design, which made them look less like watches and more like boxy wrist computers. The Sony SmartWatch 3 uses this same square design, with a 1.6-inch 320x320- pixel display. The resolution is slightly better than that of the Moto 360 and a fair bit better than that of the G Watch. The difference is visible; it's cleaner and sharper. Sunlight visibility is also better thanks to the improved brightness. However, we still prefer the look of the round Moto 360. Other Android Wear options such as the LG G Watch R, Asus ZenWatch and Huawei Watch are also far more attractive than the square SmartWatch 3.

The always-on light mode isn't all that good, though. It's too dull to see in the dark, and the sensor that is supposed to activate the screen when you look at your watch doesn't always work well. We often found that we needed to tap the display to see the time, and this grew to be quite irritating.

The Sony SmartWatch 3 has a large button on the right where you would ordinarily find a crown. Like the Moto 360, this primarily serves as the power-on button. A long press will also bring up the settings menu. The button can't be used to turn the watch off, unfortunately - that has to be done through the settings menu.

Unlike some other Android Wear devices, the Sony SmartWatch 3 does not let you change its strap easily. Where those devices allow you to use standard 22mm straps, the Sony watch fits into its own proprietary strap. Although it is removable, limited availability of replacement straps will mean you're most likely limited to the one that came with the watch. The locking mechanism is an adjustable steel clamp that's easy use and keeps the watch comfortable on your wrist.

Charging the Sony SmartWatch 3 has its pros and cons. A major pro is that you can use any standard Micro-USB charger; no cradle or proprietary dock is needed here. This also ensures rapid charging; the watch went from zero to 100 percent in less than an hour. The port is on the back of the watch and has a rubber seal that you'll need to ensure is securely fastened when you're done charging. A major con is that you'll have to pry open the rubber seal and slot the micro USB plug in every time. This is to ensure that the IP68-level waterproofing of the device is not compromised. 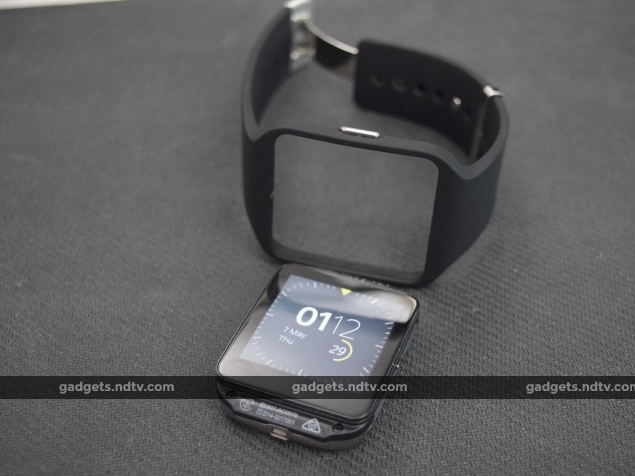 Specifications and Performance
The Sony SmartWatch 3 uses a 1.2GHz quad-core processor from Broadcom, making it the first Android smartwatch to utilise a Broadcom SoC. Other specifications are fairly standard, including 4GB of internal memory (which can only be used for storing audio for use with Google Play Music), 512MB of RAM, Bluetooth 4.0, NFC, an accelerometer, compass, gyroscope, GPS, ambient light sensor, and a 420mAh battery. As with all Android Wear devices, the SmartWatch 3 needs an Android smartphone running version 4.3 of the OS or above with the Android Wear app installed. The watch is currently running Wear 5.0.2, which is the most current version of Android Wear available.

The Android Wear platform is developed and serviced entirely by Google, and there are no manufacturer tweaks. All Android Wear devices work exactly the same way. The hardware of the Sony SmartWatch 3 works well with the platform, and the experience is lag-free and smooth. Performance is, in our opinion, a bit better than of the TI-powered Moto 360 or the Qualcomm-powered LG G Watch and Samsung Gear Live. However, all Android Wear devices are at this point much more powerful than they need to be, so the differences are minor and don't result in any significant benefits. 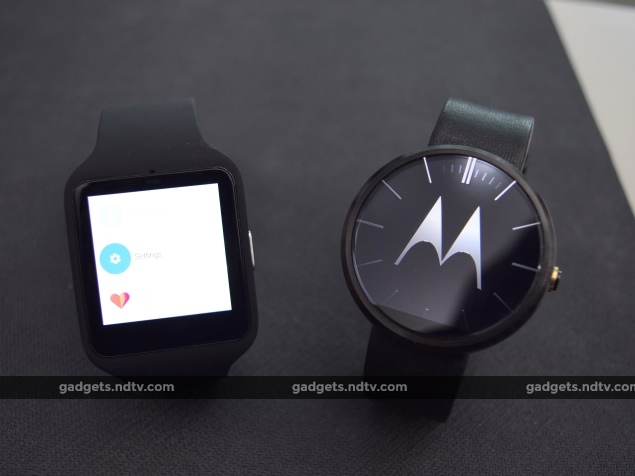 Sony has offered a handful of watchfaces that come preinstalled on the device. These are nowhere near as good as the ones on the Moto 360. None of the preinstalled watchfaces offer anything exciting, but you can always head to the aftermarket to find good ones. Our personal favourite watchface Minimal and Elegant worked perfectly with the Sony.

Android Wear is notorious for its poor battery life. Most other Wear watches go for only about a day, which makes charging your watch alongside your phone a necessity. The Sony SmartWatch 3 outdoes the competition in this respect, easily providing 36-40 hours of use before needing a charge. As stated earlier, charging is quick too. This meant we rarely had to worry about the battery dying during the time we were using this device. 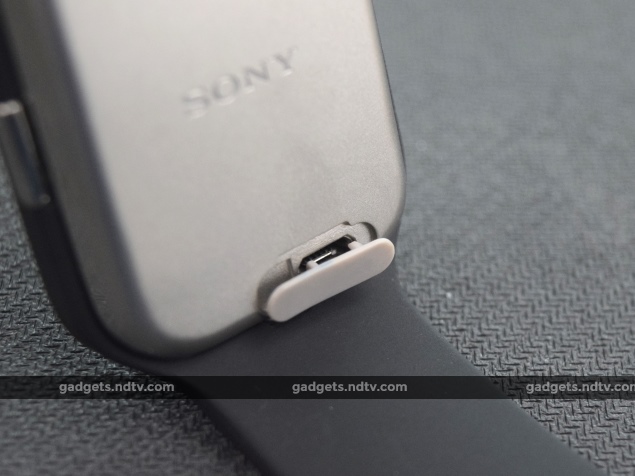 Verdict
Android Wear hasn't changed much, and whether you buy the cheap LG G Watch or the expensive Sony SmartWatch 3, you're assured of a uniform experience. The only real improvements that the Sony SmartWatch 3 offer over its competition are a sharper screen, marginally improved performance, and better battery life. We don't believe that these reasons are enough to justify the high price, especially when you consider that style is subjective and many will find the SmartWatch 3 boring.

However, if you want a comfortable device that offers you freedom from battery concerns and if price is no bar, look no further. The Sony SmartWatch 3 is definitely one of the most powerful and capable smartwatches you can buy.