Snap's Spectacles 3 are finally in India, but are they meant for you? 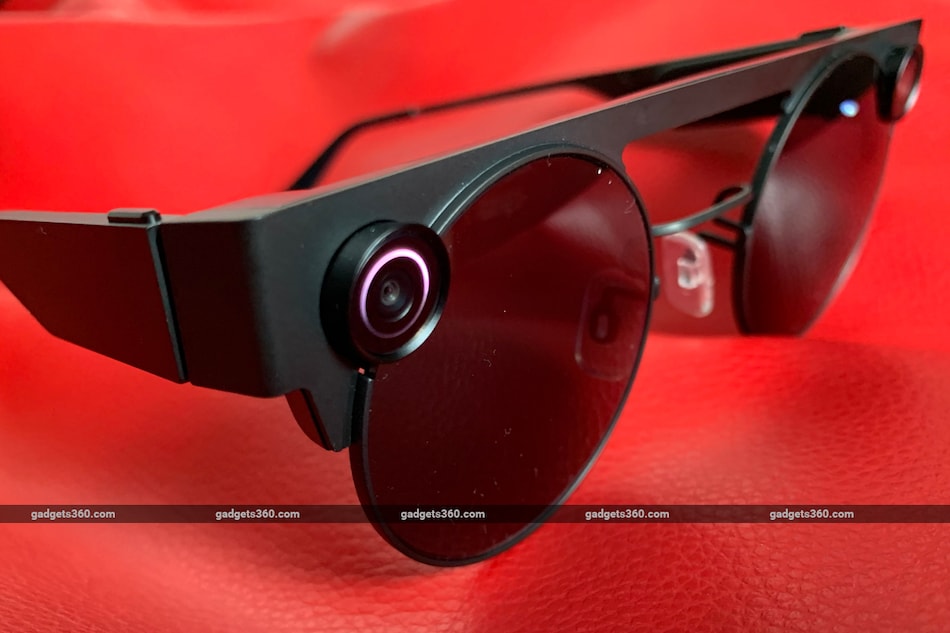 Snap Spectacles 3 are the company's latest AR glasses, and unlike earlier iterations, they're officially available in India. These smart glasses come with cameras on board to let you take photos or videos of what you're looking at, allowing you to create some interesting first person content. We found out what it's like to use them first hand.

At Snap's annual partner summit last month, the company claimed Snapchat grew 120 percent in India in 2019, in terms of daily active users. If you've been a Snapchat user over the last several years, you'll notice how the app has grown quite rapidly, with several India-centric features and filters. The company is now bringing its AR glasses, Spectacles 2 and Spectacles 3, to India for the first time ever.

AR glasses aren't a mainstream phenomenon yet, and no one knows when they'll actually be one. Google built one, and it failed quite badly. Amazon made one while Apple is rumoured to be working on its own solution. All this while, Snap has been busy offering its own side of the argument over the years.

Snapchat's first hardware product, Spectacles, launched back in 2016. The company itself feels it'll be a while before AR glasses receive wider adoption, something that's been a case with most wearables. The “smart” here is actually pretty simple unlike those other smart glasses — there are no heads-up displays or voice assistants, just cameras.

The one time I briefly tried Snap's first-generation Spectacles, they felt magical. Of course, they weren't anywhere near what the now-doomed Google Glass could have been, but being able to capture photos, without first grabbing the smartphone out of your pocket and then firing up the camera app, felt like being in a sci-fi film. Snap went on to release another pair of Spectacles, which mainly went unnoticed by the masses, and last year launched a brand new pair of AR glasses simply called Spectacles 3. Snap has now brought Spectacles 3 to India alongside the second-generation Spectacles 2, in a market that's consistently growing for the popular photo-sharing app.

What can you really do with Spectacles 3?

The core idea of Snap's Spectacles AR glasses has always been letting users capture images quickly and easily, without having to reach for their smartphone. While that's a great idea, and it kind of works too, Spectacles 3 are far too expensive for that one simple use-case.

You can record videos, take photos while you're playing, running, cooking, working, drawing, or doing just about anything that doesn't involve holding an actual camera in your hands. Spectacles 3 are like having a GoPro camera on you at all times. You can simply tap a button a capture a moment right when it's happening in front you. Snap's community of AR developers has grown quite rapidly over the years. As a result, you're now able to use more and more AR filters, especially with Spectacles.

Spectacles 3 let you create AR content on-the-go using the Snapchat app. You can get creative and fill your Snapchat feed with content that's going to get noticed no matter what. Spectacles 3 can help record videos and shoot photos which otherwise would have taken a GoPro camera strapped to your head, along with high-level post-production. They're a great way to create eye-catching, videos and photos in first-person, keeping your hands free during most of the process of recording.

In a country like India, privacy isn't really taken very seriously. So when you imagine someone or yourself going around wearing a fancy pair of AR glasses, being able to capture photos or videos without making a noise, it does sound a bit creepy. Snap has tried to work on it by adding the glowing LED lights around the cameras on the Spectacles 3. Each time either camera is in use, its corresponding circular LED light will blink for the entire time it is recording.

Spectacles 3 are ideal for recording personal footage, but there could be times when you're out in public recording a video or capturing a photo. In such a situation, a discreet wearable camera may not really be appreciated by many.

When I tried these at the local park, I found everyone staring at me. Spectacles 3 stand out no matter how conventional the design gets, the two cameras on the side stand out. At home or amongst relatives, you're bound to get laughed at in some cases. It'll probably take some time for these to feel normal amongst people. For now, it'll take some courage for you to put these on, and go out in public.

Spectacles 3 are essentially regular sunglasses, loaded with two cameras. The third-generation Spectacles feature a metal frame that's available in black and gold colour options. The frame itself is a little heavy, and may take some time getting used to, especially if you've been wearing regular sunglasses which are usually pretty light. The adjustable nose pads on the Spectacles 3 make it easier to fit more people, unlike previous-generation Spectacles. The two cameras are placed on the top corners of the metal frame, easily identifiable so you're never really secretly spying on someone.

The metal frame fits well, almost too tight, and is a little heavy

The retro design makes Spectacles 3 look a lot more like regular sunglasses, enabling you to easily carry them off when you're out. The overall design looks sleek and the frames are somewhat stylish. The metal frame looks premium and the LED ring light on the camera lens, which lights up when you're recording videos or capturing photos, looks quite classy.

Besides the cameras, there are two buttons on each side of the frame. Pressing one lets you record a quick ten-second video clip, holding it lets you capture a photograph. There's no way to stop recording, you just have to wait till the 10-second clip has finished recording.

For longer videos, you can simply keep pressing the button, up to five additional times to shoot videos up to 60 seconds. There are a total of four microphones placed all around Spectacles 3 to record audio as well.

The cameras are where the magic happens, at least partially. The two-camera setup on the Spectacles 3 enables users to create AR content in a format that the company calls 3D Snaps. The second camera means you're capturing an offset image, which can be used to measure depth, letting you take 3D photos which can then be tweaked further with a large selection of AR filters. Of course you can't do all that on the Spectacles 3 itself, you'll need to transfer the photos to the Snapchat app on your phone for all the post-processing.

Compared to the previous-generation Spectacles, the new Spectacles 3 feature cameras with relatively higher resolution. Photos are captured at 1642x1642 pixels while videos are recorded at 60fps (frames per second) at 1216x1216 pixels resolution. The cameras feature a wide-angle lens, which means they see more than what you're actually seeing while recording content. The only disadvantage here is that while creating content, you're completely too sure how much details you will throw in exactly.

Once you're recording a video or capturing a still image, the LED rings around the cameras blink circularly, letting others know you're using the cameras. While this is a privacy-oriented feature, the tiny lights are also quite visible from inside the frame, giving visual confirmation for when a video or a photo is done being recorded.

How does it really work?

Once the videos and photos are loaded up, you can apply AR filters, edit them, add text, and share them on Snapchat. In case you want to share all this content with your friends on other networks, you can easily export these videos and photos as well. You can even convert content to VR videos and upload them to YouTube. You also get a Google Cardboard-based VR viewer that lets you see your immersive videos, but that's something you'll essentially be doing while you're home.

Spectacles 3, like previous-generation Spectacles, comes with a charging case. But this one features a more premium-looking leather triangular case which includes a USB Type-C charging post. The bundled cable that comes with the package also carries a premium look-and-feel to it. The charging case can store up to four charges, and folds flat when it's not being used.

We were able to capture around 60 videos or around 190 photos on a single charge, closer to what the company promises, on a single charge. That's decent for a single outing, considering you can easily charge the carrying case using the bundled USB cable.

Are Spectacles 3 really for me?

To be honest, it does take some guts to put on a pair of AR glasses. You have to be courageous enough to survive giggles and strange looks from people around you, the first time you put them on. But once you do try them, you'd be happy that you did.

Spectacles 3 aren't really your typical pair of AR glasses. They're expensive and they're meant for a very specific use case. If you're on Snapchat, and you're looking to create rich AR content, Spectacles 3 can add more value, provided you're willing to spend the money. In case you're looking for a similar feature set, but at a lower price, the Spectacles 2 are also available in India. They cost nearly half of what Spectacles 3 cost here.

At around Rs. 30,000, Snap's Spectacles 3 will appeal to a very small set of content creators and influencers on Snapchat, and even other social platforms, who are looking to create rich, engaging content for their followers. You don't need any real pro-level skills to create high-quality, and at times weirdly odd but good-looking content, online. For everyone else, Spectacles 3 could be an expensive affair that may not offer any real value for their money.

The world may still not be ready for AR glasses just yet. Besides technological limitations, there's still not an ideal use case for a large chunk of the online audience to buy a pair and start using it. But with each generation of Spectacles, Snap continues to show the world what's possible, and how one day everyone you see out in the real world would be wearing a pair of AR glasses with a much bigger set of use cases, besides just capturing 3D imagery.