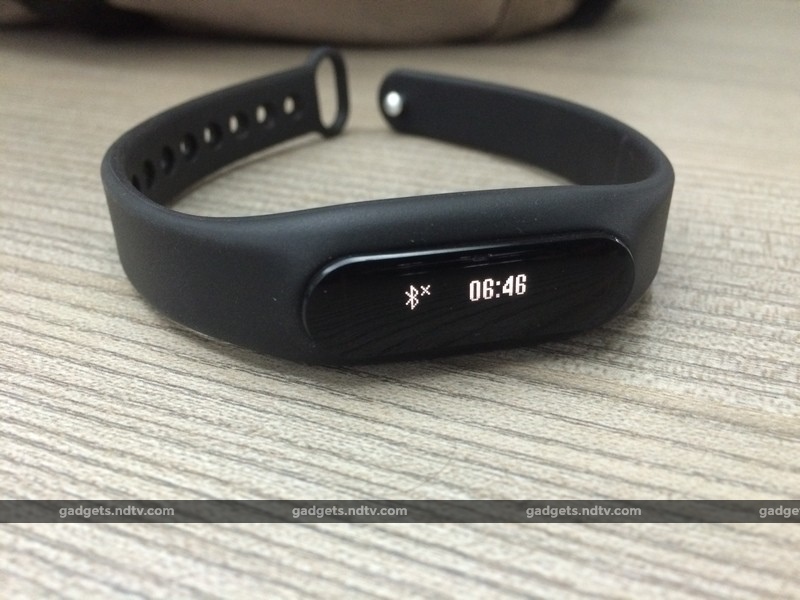 2015 could be termed the year of fitness wearables in India, going by the number of such products launched in the country this year. After the Xiaomi Mi Band and a host of Fitbit activity trackers comes Micromax's Yu YuFit band. Micromax has built its reputation upon making affordable gadgets in every category it has stepped into, and the YuFit is no exception.

At Rs. 999, the Yu YuFit takes on the similarly priced Xiaomi Mi Band. The difference between these two products is that the YuFit has a display. This makes it a lot more convenient to check your activity, as opposed to checking stats on your smartphone if you're using the Mi Band. The trade-off is the YuFit's shorter battery life. We used the Yu YuFit for two weeks to find out if it's a good alternative to the Mi Band.

Design
Like the Mi Band, the YuFit is designed as a band with a removable capsule. The capsule has its display and is the component you need to charge. It slips into the band easily and won't accidentally pop out. The YuFit is water resistant, so you don't need to worry about minor splashes while using it. The band is very comfortable to wear even if you're perspiring. Another plus is that once fastened, its buckle didn't show any signs of loosening or slipping off. Overall, we were pleased with its build quality. We also like the fact that the band is discreet enough not to attract too much attention.

The display on the YuFit takes some time to get used to. It's not a touchscreen, so no amount of tapping will do you any good. Instead one end of the display has an icon that looks like a bullseye. Tapping this wakes the screen, and if you keep tapping it, you'll cycle through various stats such as time, steps, distance, calories, and missed calls and texts. This took us some time to get used to. Sometimes we had to tap more than once to wake the display, but apart from that we didn't have any issues with this interface. 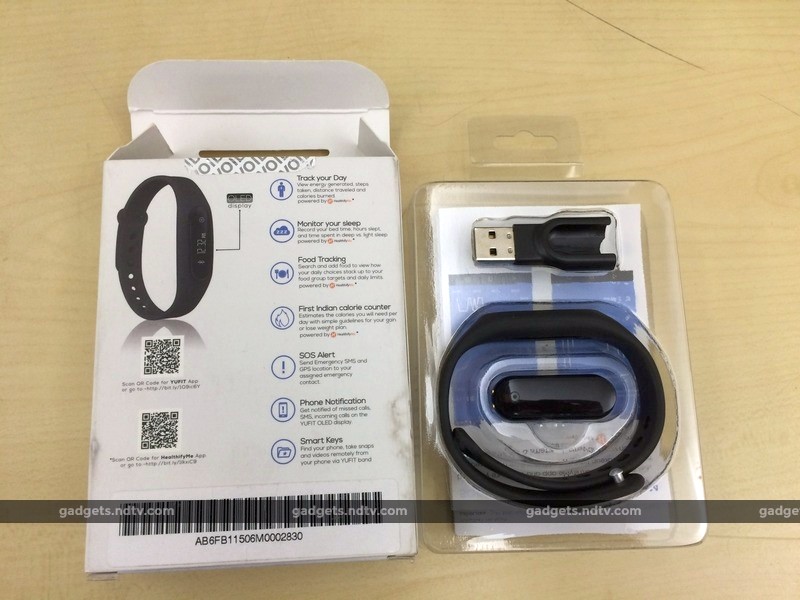 Performance
The YuFit relies on two apps - YuFit and Healthifyme. The former syncs your activity data and lets you set alarms, among other basic functions. The latter lets you track your diet, and this is where Micromax hopes people will buy a premium subscription (up to Rs. 10,000 per year) for health advice from nutritionists. Unfortunately there is no way to pair the band with an iPhone because the YuFit app is available only on Android. This is a big miss. If you're an iPhone user looking for a low-cost activity tracker, then the Mi Band is the one to get.

But we wouldn't recommend the YuFit even to Android users due to significant inaccuracies in its activity tracking. We were puzzled by how random these inaccuracies were. On some days the YuFit would display around the same number of steps taken and the amount of distance covered as an iPhone in our pocket (which we used to check the accuracy of the YuFit). On other days the YuFit under-reported our activity, sometimes showing around 5,000 steps less than the 15,200 steps recorded on our iPhone - a difference of over 30 percent.

We have reviewed several activity trackers in the past few months and all of them reported roughly the same number of steps as our iPhone with a maximum deviation of around 500 steps per day. The YuFit has been the only one to show such major inaccuracies. Just to be sure that the problem was not with the iPhone, we decided to add a third reference point - a treadmill. We ran for 70 minutes on the treadmill with the iPhone in our left trouser pocket and the YuFit on our left wrist. At the end of the run, the treadmill and the iPhone were in agreement about the distance covered - around 12km. On the other hand, the YuFit reported that we'd run just 9.21km.

An inaccuracy of almost 3km or almost 25 percent is inexcusable for any activity tracker. This sort of tracking failure was a regular occurrence in the two weeks we spent with the YuFit. It does have other features that work as advertised, such as vibrating reminders to move when you've been idle for too long, but those aren't of much use if Micromax's Yu cannot fix the basic inaccuracy issues with the YuFit. If there is a silver lining, it's that in spite of its display, the battery lasted more than two weeks. 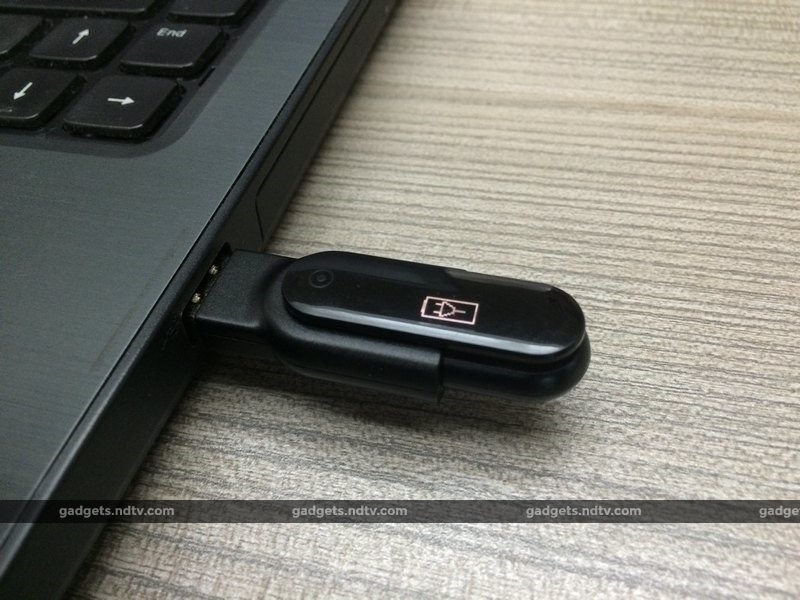 Verdict
The YuFit is a great product on paper but not in practice. We cannot recommend buying an activity tracker that doesn't accurately track your activity, even if the price is just Rs. 999. It appears that like the Yu Yuphoria, the YuFit is another product from the Yu stable that has shipped with some bugs. The company needs to work on fixing these issues before shipping products rather than expecting users to deal with them until it is ready to roll out updates. At this time, the Xiaomi Mi Band is the undisputed leader among budget activity trackers thanks to accurate tracking, long battery life and support for both Android and iOS.