Lenovo's AntVR Headset Is Easy to Use, for VR or Basic Big-Screen Fun 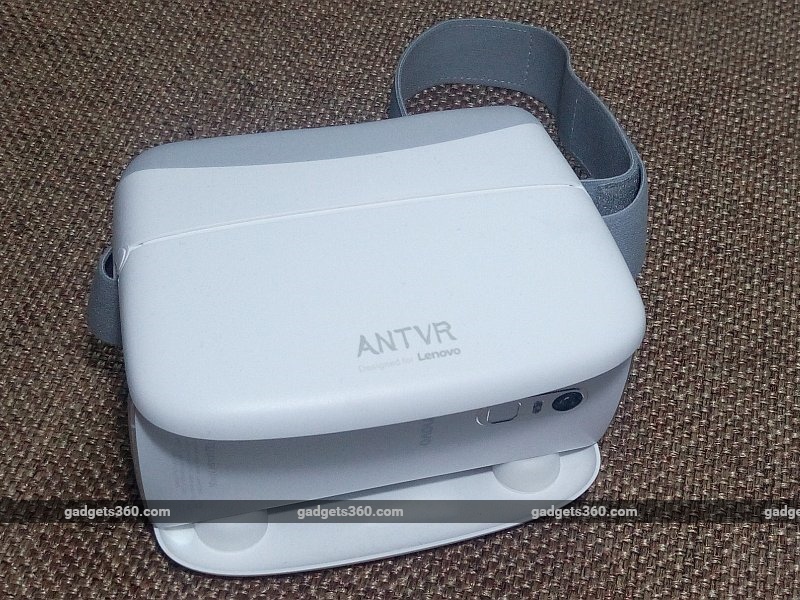 One of the interesting things about virtual reality is how it has enabled new ways to consume regular media content. Although there is a lot to be said for being immersed in a virtual world where you're walking around on the surface of the moon or the bottom of the ocean, for many people, the fact that the virtual screen simulates the sensation of looking at a giant screen across the room instead of a tiny one in your hands can be a big selling point too.

That's why there are so many VR cinema applications - for Google Cardboard and for more high-end headsets such as Samsung's Gear VR. A virtual screen on which you can watch your regular content can make binge watching your favourite shows, even on your phone, an engaging experience that is a lot more fun than watching it on a relatively tiny handset.

That's the idea behind TheaterMax technology included in some of Lenovo's phones. We tested this out with the Lenovo Vibe X3, which comes with a full-HD display. That means the per-eye resolution (more on this later) is 960x1080 pixels, incidentally the same resolution that you will get with the PlayStation VR headset. It's pretty reasonable, though our experience with Cardboard shows that a QHD display is a better bet for this level of magnification.

(Also see: Homido Mini Is a Cheap VR Headset That's Even Simpler Than the Google Cardboard)

What is TheaterMax?
The way TheaterMax works is pretty simple - just hold down the power button on your phone, and in the menu, you'll see a number of options, such as power off, airplane mode, and importantly for us, VR Mode. Tapping this button splits the display into two equal halves - rotate the screen to landscape mode, and the screen is divided into left and right (splitting 1920x1080 down the middle); stick it into Lenovo's AntVR headset (or actually any Cardboard headset) and the image blends into a single one that you can view clearly. 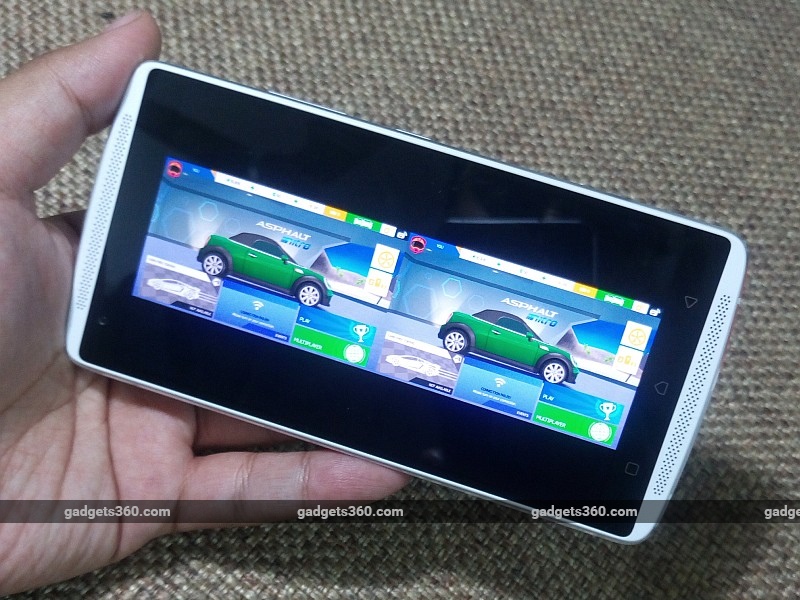 This is exciting because Google's Cardboard is limited to just a few applications - you have a number of specialised VR applications, but the number is still very limited. TheaterMax on the other hand lets you experience a large screen experience on any application you want, whether it's a standard video player such as MX Player, or even if you just want to browse through your Twitter timeline - though actually interacting with the phone when it's in the headset is not ideal, so really, this is best for watching videos on the big screen.

Design
The AntVR headset looks pretty big, but thanks to a folding design actually takes up less space than a cardboard Google Cardboard headset. Still, it's not exactly something that you can slip into your pocket, though an included pouch means that you should feel okay about keeping it in your bag.

The design is familiar enough if you've used other Cardboard headsets - there's a clasp on the front for your phone, lenses in the back, and a nose rest. This particular headset uses a hinged design for the front, that folds up when not in use. The top hinge is spring-loaded, which means that it will hold your phone securely in place when in use, but this also means that it is extremely difficult to attach the phone to the headset. It would take multiple attempts and a full minute to get the phone to sit securely in place even after a whole week of using the headset. 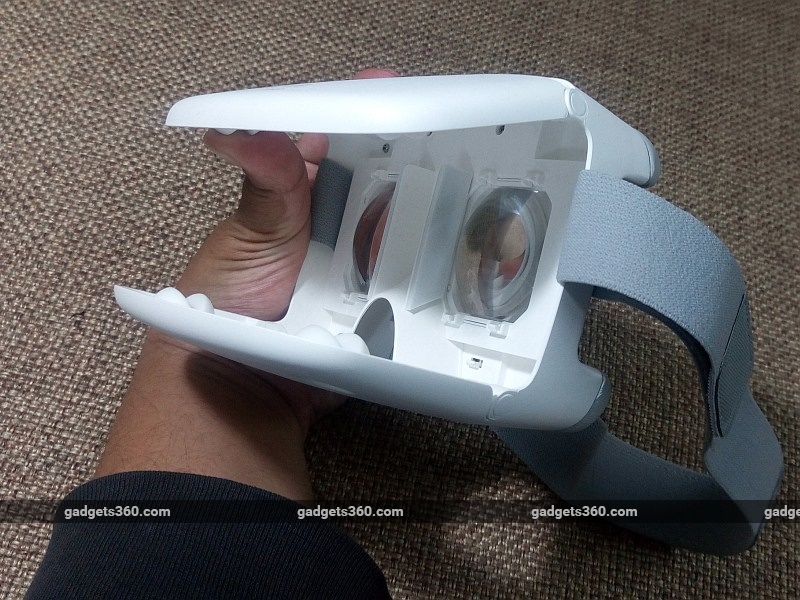 There is also an elastic strap attached to the back of the headset - slip this around your head and you get a true handsfree experience. That's pretty good actually, and the overall build quality is also a lot better than most similarly priced headsets we've seen, so you should feel comfortable using it without holding the AntVR headset up. However, this feels a little tight against the head, and loosening the straps made the headset start to slip, so you're better off with the mild discomfort. The back, where you put your face into the headset, is also really well padded - this is a huge plus, considering how tightly you wear the headset.

Unlike most Google Cardboard headsets that have round lenses, the AntVR set uses square lenses - according to the company, this gives it a 100-degree field of view, and it is also comfortable enough to wear with your glasses on, another definite plus. It's also worth pointing out that the huge lenses are also a dust and fingerprint magnet. Luckily, the headset doesn't just come with a case, but also a microfibre cloth to help you keep the headset (and your phone's screen) clean. 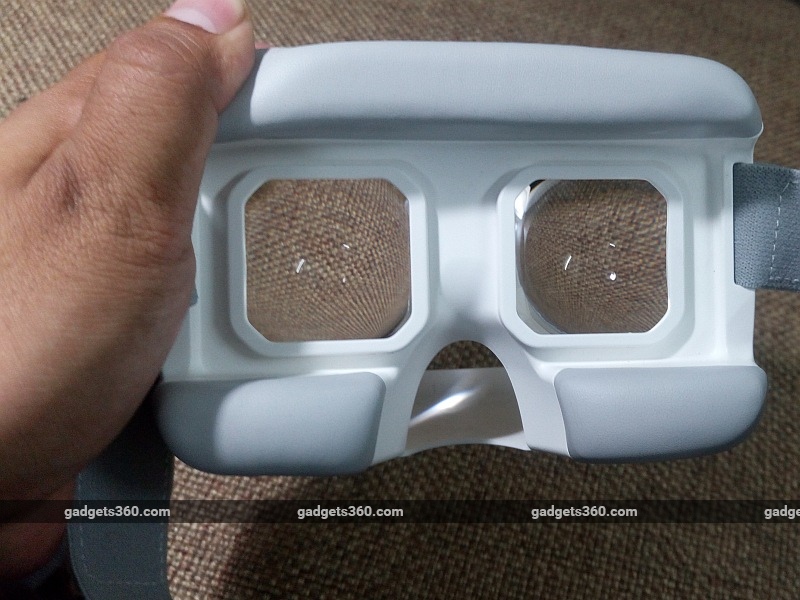 Performance
There are two things to consider when you think of the AntVR headset's performance. First - how does it work as a Google Cardboard headset; that is to say, how good is it for the Google Cardboard applications, the VR part of the experience.

The strap and padding means that it is a well made headset that you can use fully hands-free - it was great for watching 360-degree videos on YouTube, and for playing VR games, because you don't have to keep holding your hands up.

It's painful to get your phone in there, but once you're clasped in place, the fact that the sides are open makes it easy for you to reach in with a finger and touch the screen, so you can launch apps without having to take the headset off. The downside is that if you're using the headset in a lit up environment, the ambient light will always be present, which can lessen the sense of immersion, and also negatively impact the visuals. The other issue is that the size of the lenses is a little different from most Cardboard sets, and this means that you might have to fiddle with the positioning of the phone a little from time to time for the optimum image. 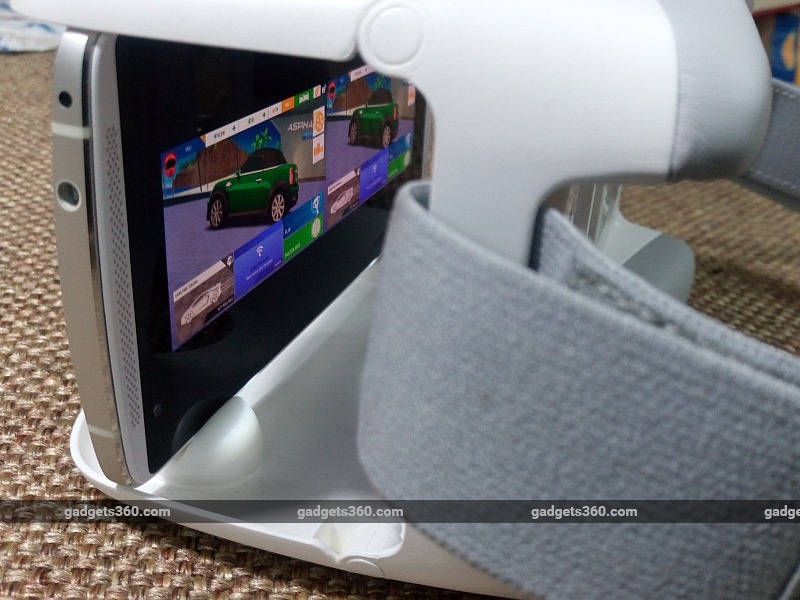 Aside from its performance as a Cardboard headset though, you also need to consider Lenovo's own TheaterMax software. This is fairly unique as far as we are aware - it allows you to experience all of Android through the headset. As we mentioned earlier, this, obviously isn't very practical for something like browsing through Twitter, but if you just want to watch a movie in your usual video player or through the Netflix app, then TheaterMax is an easy way to get a big screen experience. In practice, the simulated screen is huge - it felt like we were sitting right in front of a big screen TV. It might be more comfortable to watch a video on your tablet's screen, but we found ourselves using the headset most nights anyway.

The only thing to remember is that when you're using TheaterMax, there is no VR - there is no motion tracking, so you can't look around and get a view of different parts of the "screen". With VR Cinema on Cardboard, or Oculus Cinema on the Gear VR, you can look around the virtual "hall" that you're watching the movie in, and this further makes the experience feel real, and the screen bigger. With TheatreMax, it still beats a big screen, but you never feel like you've been transported into a cinema. 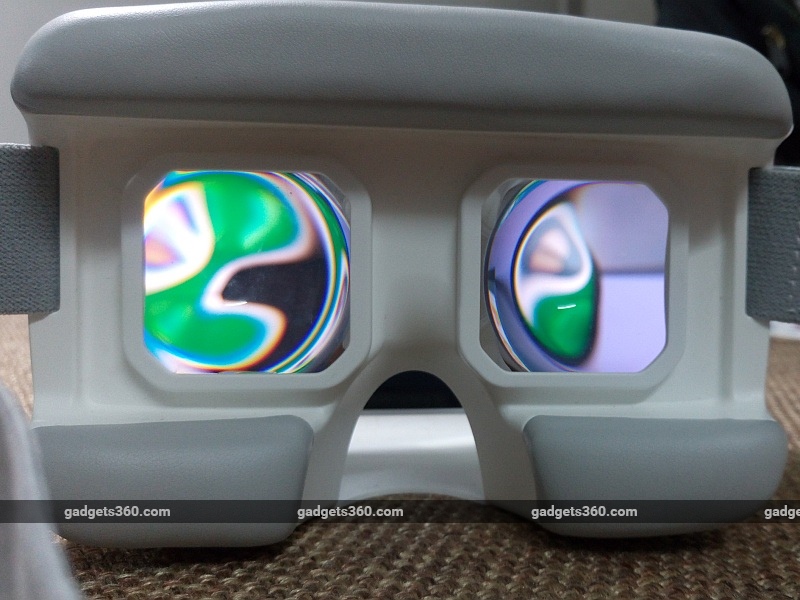 Verdict
The AntVR is a somewhat oversized piece of hardware that is nonetheless easy to use, and well built. While we have a few concerns about the design, overall, it works really well, and if you can get it bundled with one of Lenovo's phones, then it usually ships for just Rs. 500. If you don't get it with a phone, you'll need to pay Rs. 1,299 for the headset.At the bundle price, it's a great buy, and while Lenovo's TheaterMax isn't VR, it's an excellent addition for those times when you just want to watch a video on the "big" screen. Even at the full retail price, there aren't too many competing products, so the headset is certainly worth considering.