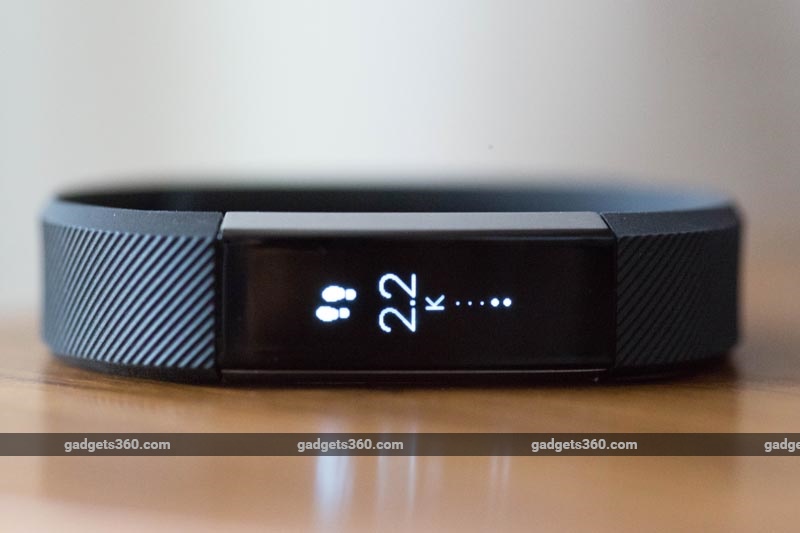 If you've ever been in the market for a fitness tracker, chances are you have heard of Fitbit. The company is the obvious leader in wearable devices, as per reports from market researcher IDC, but it has been facing growing competition from Apple, Xiaomi and Jawbone, which have all been grabbing attention in terms of brand power, pricing strategy and fashion sense.

The last of those is what Fitbit is focusing on with its newest tracker, the Fitbit Alta. At 15mm, it's the thinnest device the company has ever made, and it's being marketed as such - Fitbit calls it "fitness and fashion on display".

The Alta has a tiny, monochrome ticker-style screen which supports touch and shows an overview of your basic information - the number of steps you take, the distance you cover, the calories you burn, and your "active minutes", ie the amount of time you've spent exercising - plus a clock face and the time till your next alarm. Oddly, the alarm has to be set from inside the Fitbit app, not on the device itself.

The display works vertically and horizontally, though it can be a bit annoying to read horizontal text, in our opinion. As for the touch sensitivity, it's not what you're probably used to with your smartphone, as you have to tap things quite hard. You can double-tap the screen to bring up the clock face, and then single-tap to cycle through the rest of the data. It also lights up when you swing your arm up. This may not work perfectly for you in the beginning but with a tiny bit of practice, you'll be able to check the time handsfree akin to any analogue watch, even in the dark. 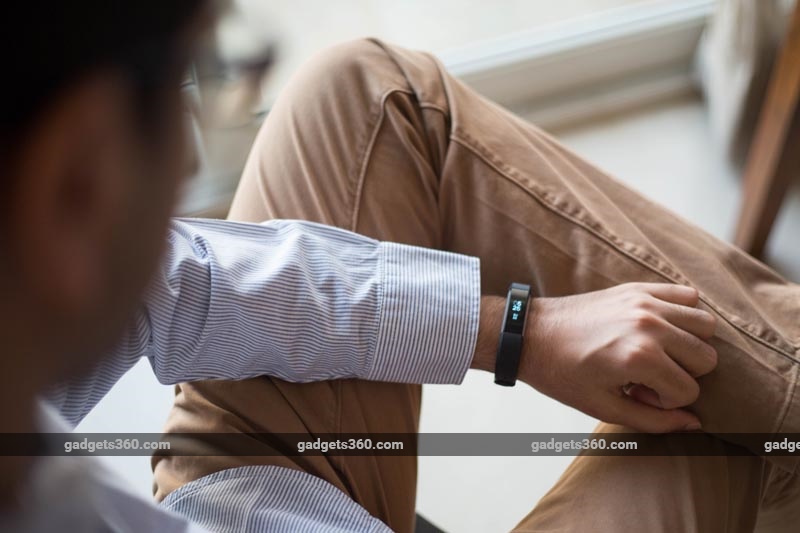 The Alta is capable of tracking everything we stated before, but it can't work with stairs since it doesn't have an altimeter, or your heart rate, which might be a deal-breaker for some. The default target is 10,000 steps or just over 2,000 calories - which you can then change according to your needs and ambitions. To help you achieve this target, it will send you reminders to move 10 minutes before each hour mark, which is great if you tend to have a sedentary lifestyle. It does so with the aid of short but encouraging messages ("Go for that 250!" is one example, 250 being a number of steps) and if you manage to complete said task, the Alta responds with another cheery response ("Stepped and scored!" it once exclaimed).

For those who are always on the move, the Alta comes with Fitbit's SmartTrack tech which is a fancy way of saying it can automatically detect when you're exercising. That's helpful for times when you wouldn't remember to manually open the app to hit the Track Exercise command, such as when taking an impromptu bike ride. Activities need to last at least 10 minutes to be counted as exercise, which is fine. The default is actually 15 minutes, but you can change it from Account > Exercise in the Fitbit app on your phone.

We went for a few evening walks without manually triggering the exercise option in the Fitbit app to check if SmartTrack does what it claims to, and it performed admirably. The app automatically detected a 24-minute activity and an 18-minute activity, exactly the length of our exercise tests. The step counter performed accurately as well, within a 3-5 percent range of what an iPhone measured (with an average of 2,400 steps a day). The Alta is limited in the types of activities it can track though - while it can detect walking, cycling and hiking, it fails with relatively stationarity activities such as weight-lifting, yoga or aerobics.

But SmartTrack is prone to false positives. On multiple instances during three separate car journeys in a week, the Fitbit app notified us that it had detected outdoor bike rides of 17, 34 and 17 minutes. That can be chalked down to the unevenness of Mumbai's road surfaces which probably felt like jolts to the Alta reminiscent of being on a bicycle. The Alta would also add a varying number of steps - anywhere between 200 and 350 - to our step count, when all we were doing was sitting in a car. 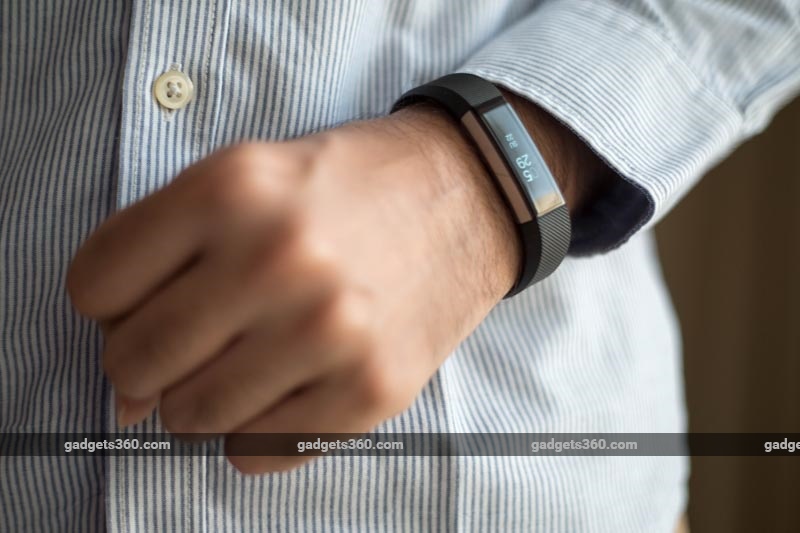 The Alta is also supposed to be able to know when you're sleeping - be it night or day - and in our experience, it recorded sleep with commendable accuracy. On 20 out of 22 days of testing, the Alta's accuracy was nearly 99 percent. On the other two days, it recorded errors amounting to 6 percent on average. The sleep reports include times you were restless or awake, which in our experience were less accurate. Thankfully, the Alta is sleek and light enough to wear to bed without any discomfort, unlike bulkier options such as the Fitbit Surge.

If you wake up during the night, say to answer a phone call or because it's too cold, but only move the hand that doesn't have the Fitbit on it, it will probably fail to record any movement. Sometimes, it can also work in the opposite manner. If you use your Alta-equipped hand to, say, check your phone, and then roll back to sleep for just 20 minutes more, the device might record that your sleep time ended at then, which was a tiny frustration but a frustration nonetheless. On one such occasion, the app terminated sleep tracking at 6:22am when in fact we were still in bed for another half hour.

The Fitbit Alta does have another sleep-related feature in the form of a silent alarm - found in most other Fitbits as well - which is great for two big reasons: it doesn't jar you in the morning with a loud noise, and it doesn't disturb others. The silent alarm works by vibrating the wearable on your wrist.

The Alta does three types of notifications - calls, messages, and calendar events - but only in a heavily limited fashion on iOS. They are restricted to your phone's built-in apps, so if you get a call via WhatsApp or a message on Facebook Messenger, there's no notification. You can configure it to receive notifications from some other apps if you're on Android. There's also no way to accept calls using the Alta so if you have wireless headphones or your phone on a dock, you will still need to use the phone or accessories' controls. Finally, SMS notifications show only around 40 characters of your messages, which means you can see the sender and beginning of a new message, but not its entire content. 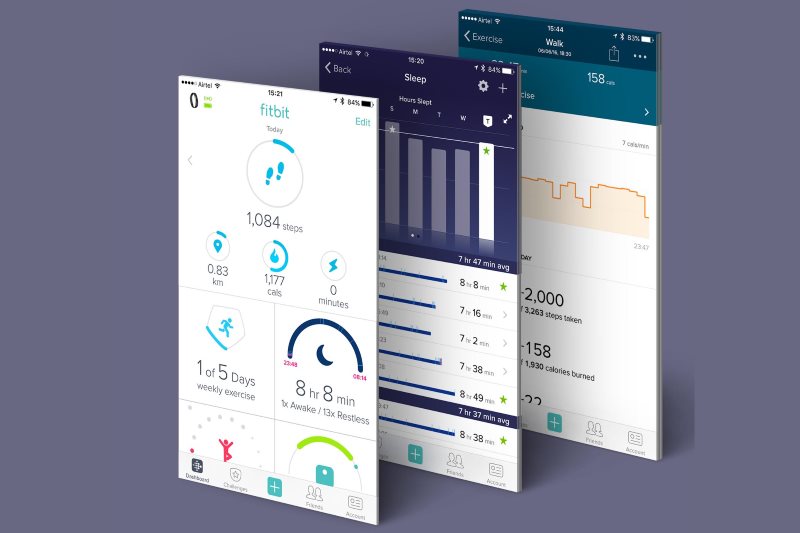 The Fitbit app is available for Android, iOS and Windows Phone. Fitbit doesn't work with Apple Health or Google Fit, so if you prefer using them to keep track of your overall fitness, you're bound to be disappointed. For what it's worth, the company has had a lot of experience in designing and moulding its own software, and it does have a really neat and easy-to-understand interface. The company recently gave the app's Dashboard interface a visual overhaul, and you can preview it by going into Account -> Advanced Settings.

Apart from the basic information you would expect - steps, hourly activity, distance and calories - you can see how much and how well you're sleeping. As we stated before, this gives you graphs of the time you spent in bed, along with markers for when the Alta detected movement - be it restlessness or waking up. The weekly exercise tab displays which days you've hit your targets (and the days you haven't), serving as a neat motivator for most people. Fitbit promises a battery life of five days for the Alta, though with moderate usage we regularly managed to go over a week before it asked to be charged.

All the data recorded by the tracker is synced wirelessly to your phone in the background - if you always keep Bluetooth on - so you don't have to worry about losing any information. For those who wish to turn Bluetooth off, be it for battery life or security, the Alta can hold minute-by-minute data for up to a maximum of five days. If you forget to sync it or are away from the phone for longer than that, don't expect to have everything available. But, just like every other Fitbit, the Alta still retains daily totals for steps taken and calories burned for 30 days at a stretch so you'll have that at least much when you get the opportunity to sync again. 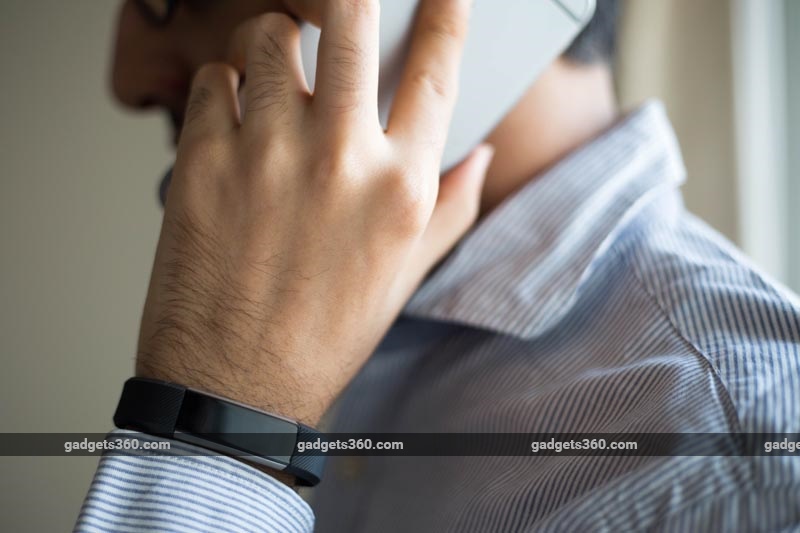 Coming back to the app, you can even log and track your weight with it. This can be done manually or automatically if you buy Fitbit's Aria, a smart weighing scale. Water and food, on the other hand, have to be recorded manually, and while it's easy enough to do, it can be a bit time-consuming and confusing to track all the food you eat. While the community-enriched database does have tons of items available to pick from, the need to know the right quantities and ingredients might make you give up.

The Alta was built to be a fashionable fitness tracker, and it does justify itself on that front, what with its 15mm thickness and sleek design. You can even take that up a notch by swapping the band for more colourful options, or ones made of leather or metal.

Only some accessories are currently available in India, with no word on when the rest will arrive. If you're looking for the most fashionable option, we suggest the metal strap (though it's hard to justify the additional price of $99.95, roughly Rs. 6,700). Not everyone might be comfortable with a metal band, more so if your skin has had a reaction in the past. However, the other straps aren't all that easy to use; you have to press a metal hook into a hole with force. It would have been great if Fitbit had thought of a magnetic clasp.

Another problem is the proprietary charging cable you need for the Alta, which is a gripe that applies to every Fitbit device ever made. Each Fitbit needs its own type of cable, meaning you're stuck if you end up losing yours. To add to that, a replacement cable would cost Rs. 1,500 but wasn't even available on Amazon, Fitbit's official India partner, at the time of this review. 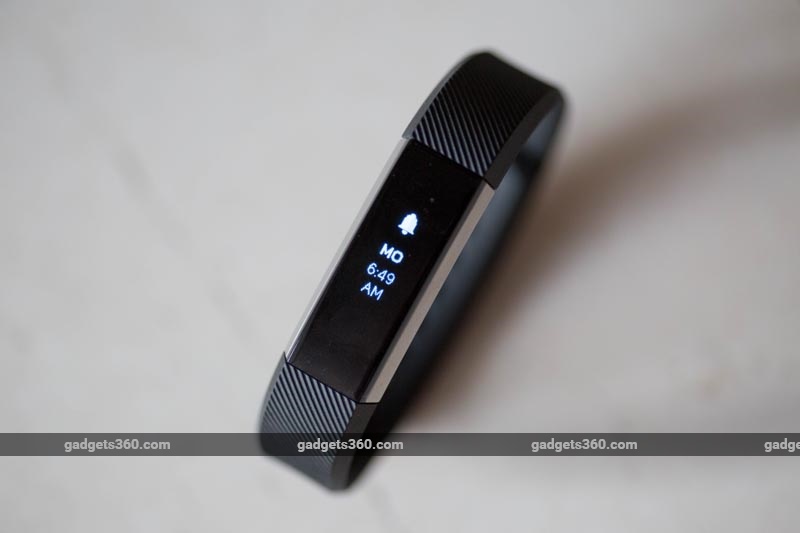 That brings us to its final problem: the lack of waterproofing. Fitbit describes the Alta as "sweat, rain and splash proof" meaning you're okay if you briefly get caught in the rain, but you shouldn't take it into the shower or go for a swim, Fitbit says. By comparison, the less expensive Misfit Shine or the newly announced Pebble 2 are completely waterproof up to at least 30m.

The Fitbit Alta meets the basic requirements of a fitness tracker, and does so in one of the best looking packages available today. However it's almost impossible to recommend the Alta for what it does when you can get the feature-packed Fitbit Charge HR at the same price. That's comparing it outside its intended market, though - there are people who prioritise fashion over features, and the Alta does look good when compared to the likes of the Jawbone UP3 which lacks a screen.

Hands-Free Phone Use by Drivers Is Just as Distracting as Holding It: Study
Orbital Episode 8: iOS 10 Marshmallow