Xiaomi Watch is powered by a Qualcomm Snapdragon Wear 3100 SoC 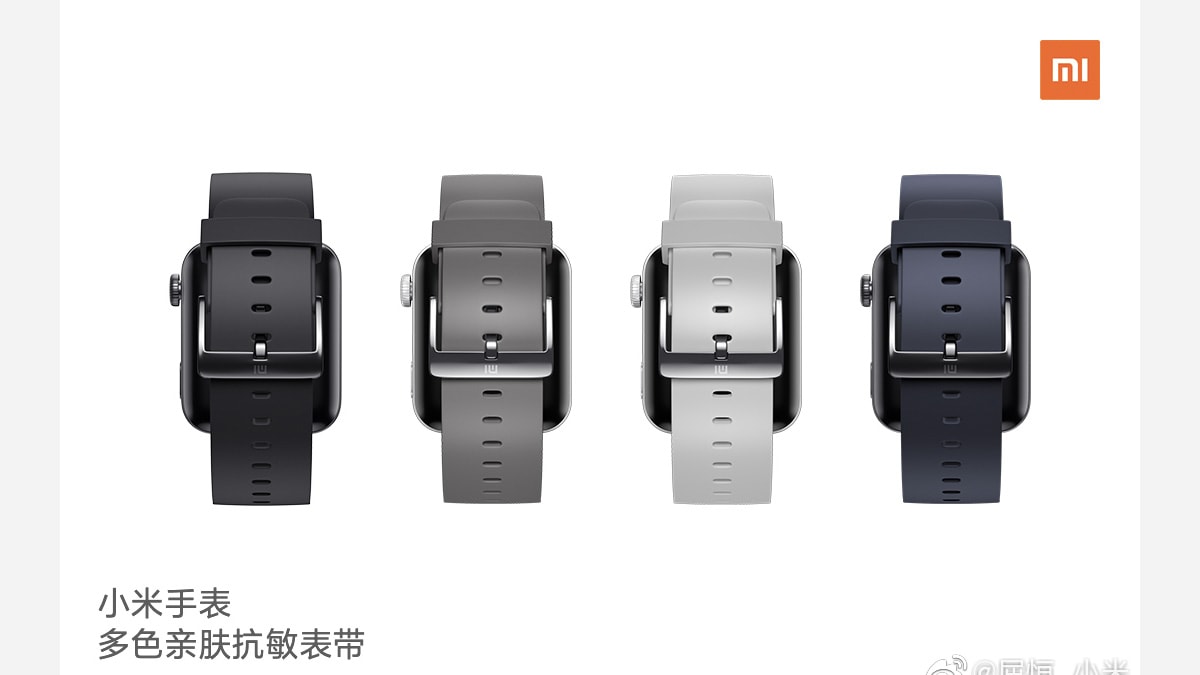 The Xiaomi Watch aka Mi Watch has been teased multiple times to build hype ahead of the official launch next week. We already know what the Mi Watch looks like and the kind of hardware it packs. More details have now been teased by Xiaomi by sharing an image of the watch bands that are available with the upcoming Mi Watch. Another teaser also showcases the Mi Watch's ability to store and stream music directly off the Internet without needing to be paired to a smartphone.

The latest teaser from Xiaomi shows that the Xiaomi Watch will have four colour options when it comes to the strap of the device. It has a black, gray, white and a navy blue colour option. These straps are made out of fluoro rubber that has anti-allergic and anti-sweat properties. The bands also seem to have a watch-like clasp which should secure the watch on your wrist.

Another teaser from Xiaomi showcases the ability of the Mi Watch to store and stream music directly from the watch. This eliminates the need for a smartphone while listening to music and you can leave your smartphone behind while you work out. This isn't the first smartwatch to have this functionality but it is a good feature to pack in. The Xiaomi Watch also has eSIM functionality which should give it the ability to stream music right off the internet.

The Mi Watch is an interesting device and is scheduled to launch on November 5. It will run MIUI for Watch OS. Powering the smartwatch is a Qualcomm Snapdragon Wear 3100 processor and we know that it has Wi-Fi, Bluetooth, GPS, as well as NFC connectivity. The smartwatch also has an App Store so buyers will be able to download apps without a smartphone. It'll be interesting to see if Xiaomi brings the Xiaomi Watch to India.