Xiaomi is yet to say anything about the launch of Mi Band 5. 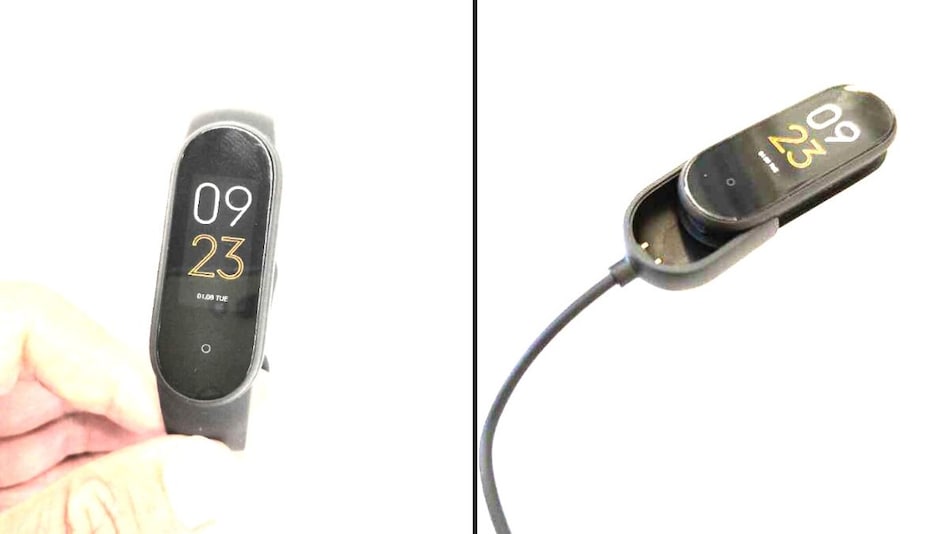 Mi Band 5 fitness tracker's existence is yet to be confirmed by Xiaomi, however, ahead of its launch, the smart device is already doing rounds over the Internet. A tipster on Weibo has now shared the alleged live photos of the Mi Band 5 that also highlight its new charger design. Additionally, the tipster also indicated the alleged pricing of the smart band. Earlier this week, a report had suggested that the Mi Band 5 will come with Amazon Alexa support.

In the leaked photos shared on Weibo, the Mi Band 5 appears in Black colour option and its charger is said to feature a "plug-in" type of design. A report had claimed that the rumoured Mi Band 5 will have a larger display than its predecessor, unfortunately, that could not be verified from the alleged live photos.

The Weibo tipster has indicated that the Mi Band 5 will come with a price tag of CNY 200 (roughly Rs. 2,100). There is no information about the launch or availability date of the fitness tracker, though, a report had suggested that the device will likely launch towards the end of June.

In terms of the features, the Mi Band 5 is said to pack SpO2 sensor that is used to measure oxygen saturation in the blood. It is also rumoured that the smart band will feature NFC and Amazon Alexa support.

Additionally, the smart band is said to come with a Personal Activity Intelligence (PAI) function that will use heart rate data to inform users of the desired activity level to stay healthy. Lastly, it is speculated that the global version of Mi Band 5 that might be known as Mi Smart Band 5 will carry the model number - XMSH11HM.

As mentioned, Xiaomi is yet to confirm the launch of Mi Band 5, therefore, the aforementioned details should be taken with a pinch of salt.

Samsung Galaxy A50 Starts Receiving Android 10 Update With OneUI 2 in India Again: Report
HBO Max: WarnerMedia Throws Out Rulebook With Streaming Launch in the US