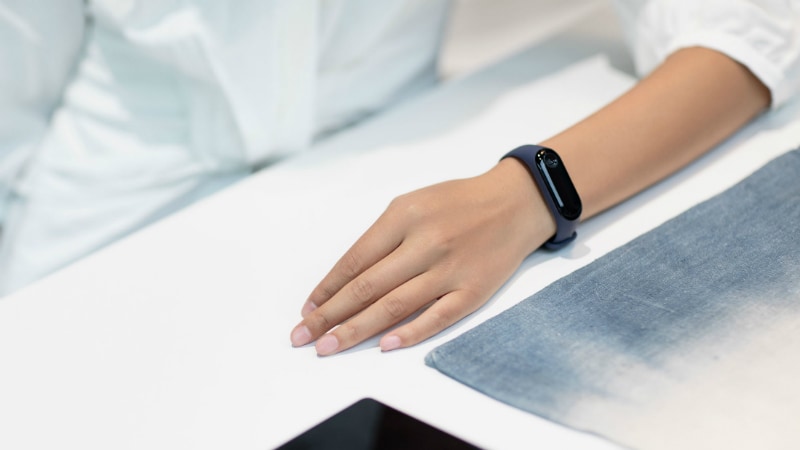 Xiaomi Mi Band 3 was launched on Thursday at the company's annual product launch event in China, alongside the Mi 8 flagship. The new Mi Band model, which is the successor to the Mi Band 2, comes with a capacitive touchscreen panel and is water resistant up to 5 ATM. It is also touted to deliver up to 20 days of battery life on a single charge and come in three colour options. The Mi Band 3 will go on sale at a price tag of CNY 169 (approximately Rs. 1,800). Xiaomi also has an NFC version of the Mi Band that will be available at CNY 199 (around Rs. 2,100) sometime in September. Details about the price and availability of the Mi Band 3 in global markets haven't been revealed.

Similar to last year's Mi Band 2, the Mi Band 3 is capable of receiving app and call notifications and has motion tracking as well as health management features. It also has a water-resistant build that is claimed to withstand being submerged in as deep water as 50 metres. Xiaomi notably didn't specify any IP rating beyond the 5 ATM rating. The Mi Band 3 is compatible with devices running Android 4.4 and above or iOS 9.0 and above. Just like the Mi Band 2, the wearable can auto-unlock associated MIUI smartphones for the wearer. Xiaomi also claims the pedometer has been improved. There is also a caller ID/ reject feature, as well as reminder to users to stop sitting for too long.

However, unlike the Mi Band 2 that had a 0.42-inch OLED panel, the Xiaomi Mi Band 3 features a larger, 0.78-inch capacitive OLED display. This new display panel shows incoming call and text message alerts as well as the current time, steps taken, and heart rate count. It comes with 128x80 pixel resolution. The latest Mi Band model also includes a heart-rate (PPG) sensor, and bears a triaxial acceleration sensor. It also provides sleep monitoring features. Further, there is a 110mAh battery, which is larger in terms of capacity over the 70mAh battery available on the Mi Band 2. The battery life is of 20 days, though.

There is Bluetooth 4.2 LE connectivity that makes the Xiaomi Mi Band 3 compatible with most of Android and iOS devices. Nevertheless, Xiaomi has for the first time brought a NFC version as well that will make it more convenient for users to connect the new Mi Band with their smartphones. The Mi Band 3 wears 20 grams including the strap.

Vivo X21: Future of Smartphones or Overpriced Gimmick?
MIUI 10 Unveiled: Check if Your Phone Will Get It Too