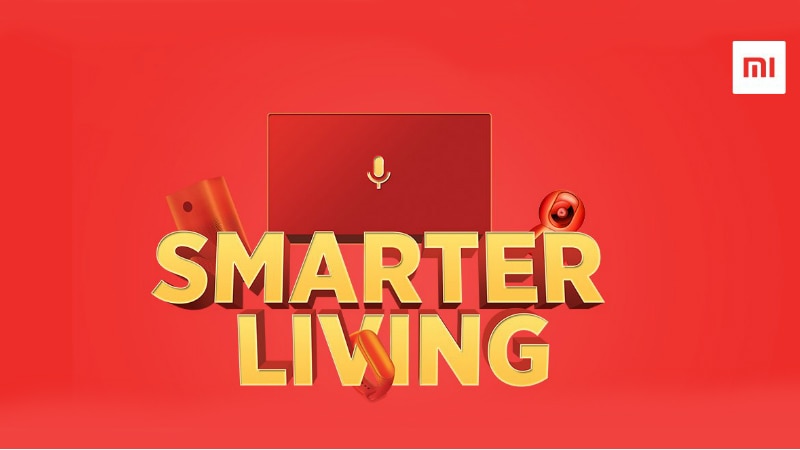 Xiaomi to launch at least five products in India

Xiaomi has sent out media invites for an event in Bengaluru, where it is slated to launch a host of new products. Using the tag line 'Smarter Living' on its media invite and social posts, Xiaomi hints that it is expanding its smart product portfolio in India. The event is going to be held on September 27, and the company is largely expected to launch the Mi Band 3 fitness band, and at least four more smart products in the country.

The media invite hints at four devices - the Mi Band 3, Xiaomi's Mi Home smart camera, the Mi Air Purifier, and a new smart TV product. The company has also starting teasing the devices ahead of the event on social media, and a latest GIF shared on Twitter suggests five devices to be launched. The icons in the GIF represent the device that is going to be launched at the event. The heart icon represents heart rate monitoring on the Mi Band 3, the eye icon represents the 360 degree capture of the Mi Home smart camera, the popcorn icon represents the smart TV launch, and there is also a what-looks-like an air icon which could represent the launch of the Mi Air Purifier.

There is also location icon, and we're unsure as to what that represents. It is important to note that this is pure speculation from our end, and Xiaomi could well release completely new devices at the event. In its tweet, Xiaomi has also confirmed that more than two devices are launching at the event in Bengaluru.

Xiaomi's sub-brand Poco recently launched the Poco F1 in India with the price starting from Rs. 20,999. The device takes on OnePlus 6 with competitive specs on paper, and good design. The key highlights of the handset include a Qualcomm Snapdragon 845 SoC with LiquidCool Technology, a 6.18-inch display, 12-megapixel rear camera, and more. It is exclusively available on Flipkart and Mi.com.