WatchKit SDK for Apple Watch Apps Will Be Released in November: Apple 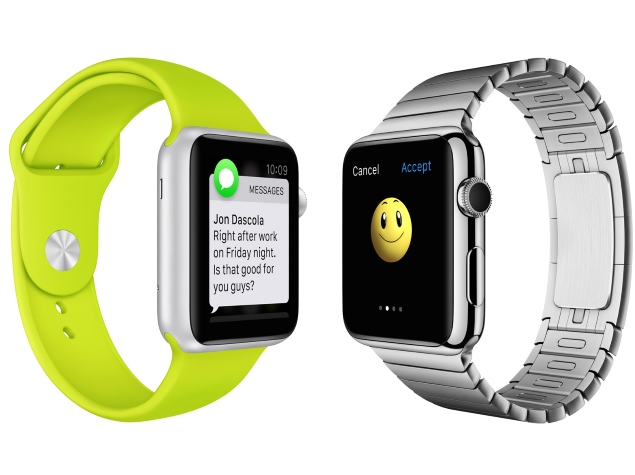 Apple CEO Tim Cook while announcing new iOS and Mac products on Thursday, also introduced the WatchKit software developer kit (SDK) for developers to build apps for the company's upcoming Apple Watch. The WatchKit SDK will ship next month, while the Apple Watch remains scheduled to launch in early 2015.

With the WatchKit SDK's release in November, Apple wants to make sure that there are enough apps for the platform before it finally releases the Apple Watch, sometime early next year. So far, Apple has only worked with select partners to build Apple Watch apps, like BMW, American Express and Starwood Hotels, Cook noted during the event on Thursday.

Although the exact release date of the Apple Watch is still not known, one thing that Apple had announced at the smartwatch's unveiling last month was that it will start at $349 (approximately Rs. 21,000) and be available in two sizes (38mm and 42mm).

Apple will offer three different versions - sport, standard, and a luxury edition - with finishes including stainless steel and gold-plating. The display can be customized to show the time in numbers or a facsimile of a watch with hands. With Apple Watch, users will be able to send and receive text messages, take calls, monitor health and more.

"We invented intimate ways to connect and communicate directly from your wrist; it works seamlessly with iPhone and it is also a comprehensive health and fitness device," Tim Cook had said, during the launch of Apple Watch at the company's event in September.
Comments