Vivo Watch 2 is set to accompany the launch of the Vivo S12 series of smartphones. 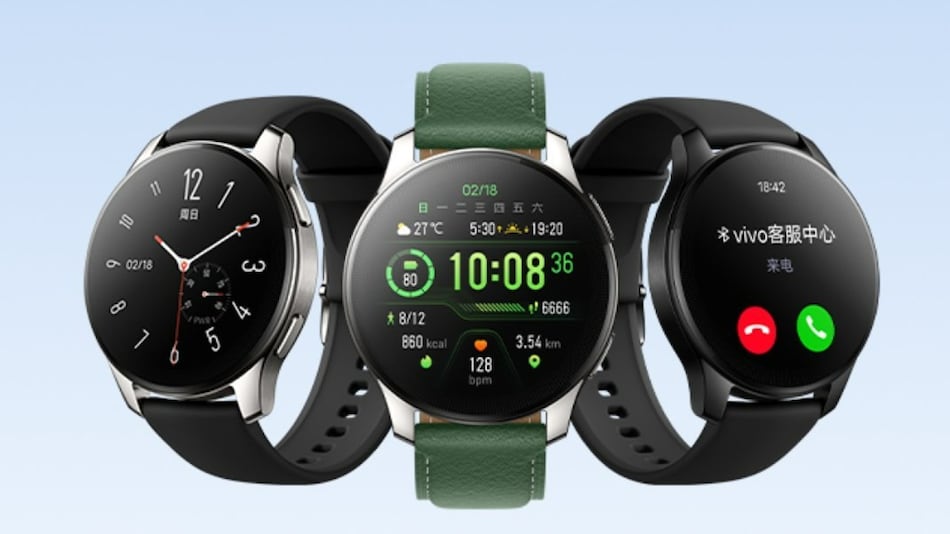 Vivo has officially confirmed the launch date for Vivo Watch 2 in China, which is set for December 22. It has opened reservations for this smartwatch as well. However, the company is yet to reveal the specifications and design of Vivo Watch 2. The Vivo Watch 2 is expected to offer an improved battery life over its predecessor and also introduce eSIM support. Vivo Watch was released earlier this year in September in two dial sizes of and 44mm and 46mm.

Vivo is expected to launch the Vivo Watch 2 during an online event on December 22. It will also be launching the Vivo S12 smartphone series during this event. Both these devices are going to be exclusive to the Chinese market at launch.

Recently, an alleged image of the Vivo Watch 2 was shared on Weibo by tipster Why Lab. The leaked image suggests that the smartwatch will have a circular design with silicone and leather strap options. As per the leaked image, Vivo Watch 2 is expected to pack a built-in GPS with a heart monitor as well as a step counter.

The alleged image also suggests that this smartwatch will bring eSIM functionality and voice calling support to Vivo smartwatches. This feature was absent from the first generation Vivo Watch.

As mentioned earlier, the highlight of the December 22 launch event is expected to be the release of the Vivo 12 series of smartphones. Vivo is expected to announce the base Vivo S12 and the Vivo S12 Pro. Both of these handsets are tipped to feature MediaTek Dimensity 1200 SoC.