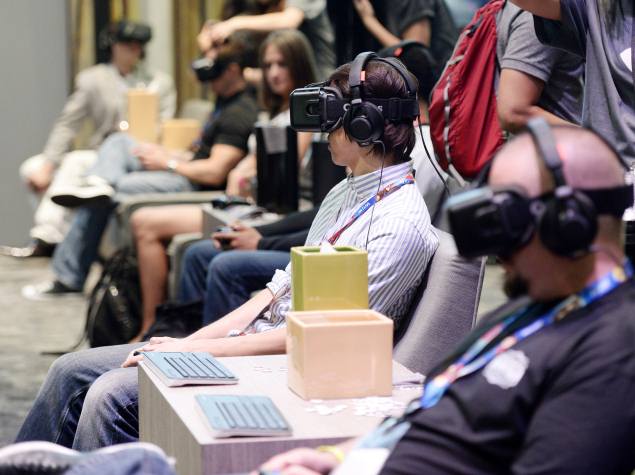 Highlights
Adding a virtual reality obstacle course to treadmill workouts may help prevent more falls among vulnerable adults than using a treadmill on its own, a small study suggests.

Researchers asked about 300 adults aged 60 to 90 who had already experienced at least one prior fall to exercise on a treadmill three times a week for six weeks, randomly assigning half of them to use virtual reality systems during the workouts.

When training started, both groups had similar experiences with falls - the treadmill-only group had an incident rate of 10.7 falls in the previous six months compared with rate of 11.9 for the virtual reality group.

Six months after training, however, the incident rate dropped significantly only in the virtual reality group - to six falls in six months - while it was little changed for the treadmill-only group, researchers report in The Lancet.

"Our idea was to use the virtual reality environment to safely train both the motor or gait aspects that are important to fall risk, while also implicitly teaching the participants to improve the cognitive functions that are important for safe ambulation," said lead study author Anat Mirelman of Tel Aviv University in Israel.

"The study showed that this type of training is effective in reducing falls and fall risk in a large diverse population," Mirelman added by email. "Thus the findings support the use of motor cognitive training to enhance health and reduce fall risk in a growing older population."

In addition to a history of falls, the participants also had other risk factors for repeat tumbles such as impaired motor skills or cognitive function.

Participants were around 73 to 74 years old on average.

About 130 of them had Parkinson's disease, which can rob people of motor control, 43 had mild cognitive impairment and 109 had a history of falls without a clear medical reason.

Researchers asked each participant to move at a comfortable pace during 45-minute sessions on the treadmill.

Half of the participants also used virtual reality systems consisting of a motion-capture camera and a computer-generated simulation projected on to a large screen.

This virtual reality experience was designed to lower the risk of falls by improving how well participants could navigate obstacles, multiple pathways and distractions that required a constant adjustment in the way they stepped on the treadmills.

Immediately after the six weeks of training, participants in both groups had improvements in walking speed in usual situations as well as those with obstacles.

While this technology appeared effective, the study didn't assess how much it would cost to provide virtual reality treadmill training to a broad population of older adults at risk for falls.

One limitation of the study is its reliance on self-reported data on falls before training, which makes it possible that the measurement of improvements attributed to the training may have been inaccurate, the authors note.

Even so, the study adds to growing evidence suggesting fall prevention for the elderly needs to address both motor skills and cognitive skills necessary to safely navigate an environment that may not always include perfectly flat, well-lit paths.

Studies in Europe, the U.S. and Australia show that roughly a third of people aged 65 years or older living outside institutions fall at least once per year, with half of this number having multiple falls in this period, writes Stephen Lord, a researcher at the University of New South Wales in Australia, in an accompanying commentary.

"The published study is the first with a sufficiently large sample to show an effect on falls themselves," he added.