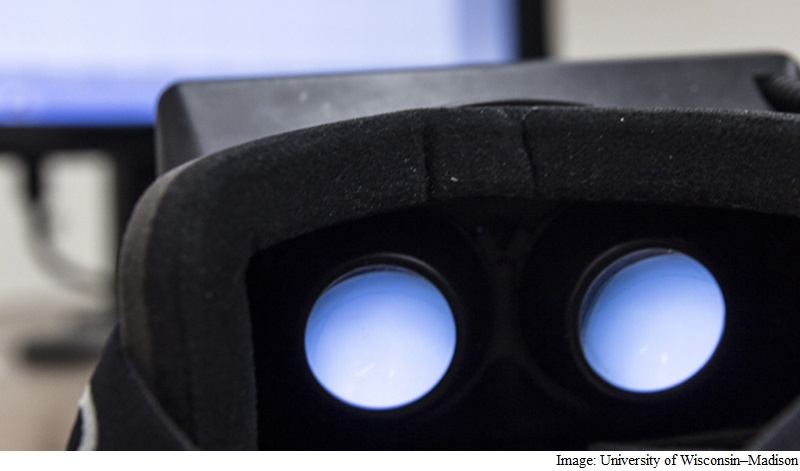 Regular virtual reality (VR) headset-users who play motion-heavy videos suffer the most from motion sickness and nausea, researchers have found.

Researchers at the University of Wisconsin-Madison demonstrated this by making the participants watch motion-heavy videos through the Oculus Rift - a 3D virtual reality headset worn like a pair of goggles.

The results, published in the journal Entertainment Computing with Green, pointed out that nearly two-thirds of the study subjects quit watching the videos early, overcome by nausea in the virtual environment for much the same reason discomfort catches up to people in real-world situations.

"The classic example is reading in a car," says Shawn Green, a professor at University of Wisconsin-Madison, said, adding, "Lots of people can't read in a car because if you have a newspaper in front of you, your visual system says you're still."

But you are not still. While the newspaper may not be moving, the car speeds up and slows down, turns corners and climbs hills. All this movement registers in the vestibular system, a series of organs in the ear that aid balance by telling us which way is up.

"In the car, those balance cues say you're accelerating, and that's a big mismatch with your eyes on the still newspaper. That mismatch makes you nauseous," Green said.

The researchers also found that the people in their study who reported the most discomfort were also best at judging the direction of objects moving toward or away from them.