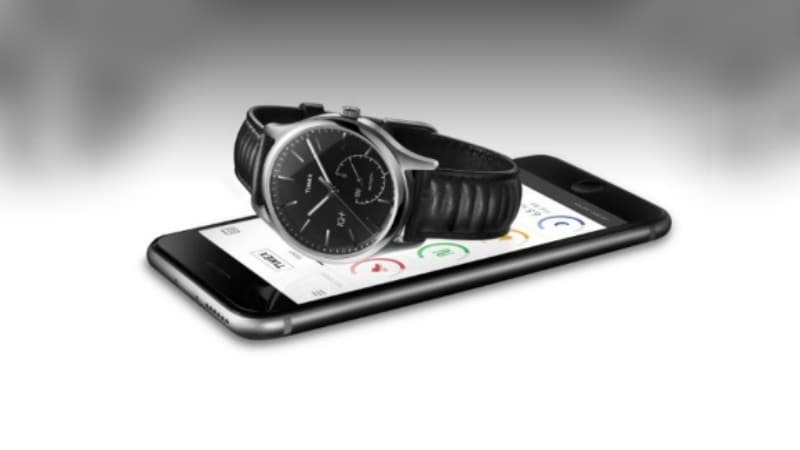 Expanding its portfolio in the country, Timex has brought its IQ+ Move analogue watch with activity tracker to India. The device tracks your sleep, steps and calories without ever needing a battery charge, and is priced at Rs. 9,995.The Timex IQ+ Move will be made available in all Timex retail stores across the country.

The Timex IQ+ Move has a regular analogue round-shaped dial with leather straps. It looks like a traditional watch, but has the abilities to track all-day activities like steps, distance, calories, and sleep. The sleep metrics measure periods of deep and light sleep, as well as time awake, sleep efficiency percentage, and average length of sleep.

You can see all the numbers on a smartphone app, and the smartphone can be paired with the watch via Bluetooth. The Time IQ+ Move also an activity dial that lets you see the amount of work that needs to be done to achieve a goal. It shows you the percentage of goal accomplished for the day, depending on the goal stats you feed into the app.

There's also a traditional battery inside, so there's no need to charge the watch on a daily basis. That's a huge plus point as most digital smartwatches out there require charging at least once in every two days.

Anupam Mathur, Head - Sales and Marketing, Timex Group India Limited said in a statement, "We generally give up our style quotient when we are on the move as it is tough to manage both style and fitness together in today's busy schedules. Timex believes that its consumers do not have to give up on their style for functionality or vice versa. IQ+ is for the modern day men who demand a fit and active lifestyle and are always connected on the move. It combines modern technology with Timex's trusted craftsmanship to give consumers more than just a watch. It is an ideal fit for the men who are interested in tracking their daily progress but wouldn't want to sacrifice the beauty of a traditional watch on their wrist, a best of both worlds."

The Timex IQ+ Move will be available in two styles - one variant has a Silver Tone Case, White Dial with Gold Tone Accents and Brown Leather Strap while the other comes with a Gray Silicone Strap and a Gray Finish Case, Black Dial with Blue Accents. The watches are also available in rubber straps making them waterproof up to 50 metres. It also comes with a night light feature, and is compatible with iOS and Android smartphones.