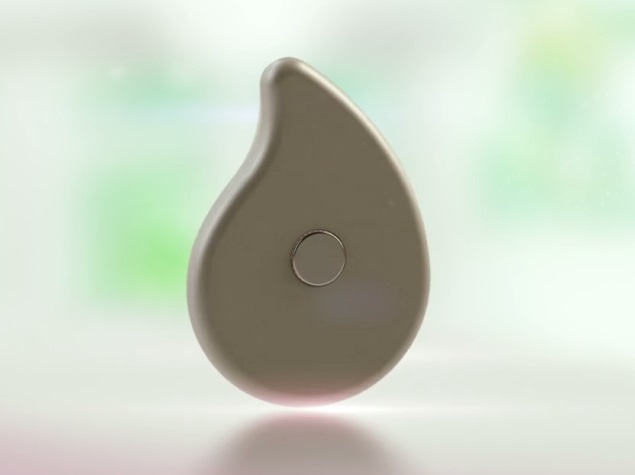 A wearable sensor has been developed that helps women monitor and record their body temperature to calculate which days they are most likely to conceive.

The sensor, named Tempdrop, can be worn with an armband or stuck directly to the skin to measure the basal body temperature (BBT), the lowest temperature a body reaches during sleep.

BBT holds important clues for women who are tracking their menstrual cycles and want to see what days they are most likely to conceive.

In order to be accurate, basal body temperatures have to be recorded at the same time each morning.

The data collected by the sensor can be integrated into any fertility app with few lines of code.

"All other wearable sensors and bracelets that monitor your activity and throw in a temperature sensor are not really relevant for fertility apps since calculating a woman's basal temperature requires more than just skin temperature," said Tempdrop founder Michael Vardi from Israel.

"Since BBT variations when a woman is ovulating are minute (0.2 to 0.5 degrees Celsius) the device's accuracy should be at least 0.1 degree Celsius (0.05 preferred) which requires good skin-sensor contact and a high quality (expensive) temperature sensor," Vardi said.

In addition to its temperature sensor, Tempdrop also has a three-axis accelerometer to track sleep quality.

Tempdrop creators are currently raising funds on Indiegogo and pre-orders will start at $50.

MIT develops smartphone-readable particles that may prevent counterfeiting
Are you among the not insignificant 'dead' on Twitter?