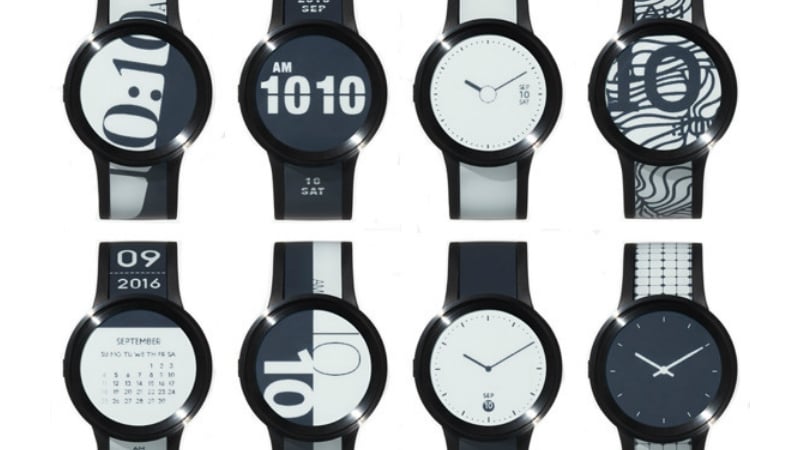 The Sony FES Watch U is much posher than the predecessor. It's still an e-paper wristwatch, but with a steel body and a sapphire scratch-resistant display glass. The company claims that the battery lasts for up to three weeks of usage. The First Flight website is accepting pledges between JPY 44,710 (roughly Rs. 29,307) to JPY 98,650 (roughly Rs.

64,600). So far, more than 100 people have already pledged their support, and Sony hopes to achieve its target by October 7. The company aims to begin shipping the smartwatch by April next year.

The FES Watch U has interchangeable strap and watch faces. It pairs with the smartphone via Bluetooth and you can choose from various designs from the app to change the strap and watch face design. It is listed to be available in Premium Black, Silver, and White colour variants. Also, it is worth noting that the sapphire glass protection is available only with the Premium Black colour variant, and the other variants have a mineral glass display panel.

The smartwatch weighs about 70 grams, and takes about 2.5 hours to fully charge. It is IPX5/IPX7 certified which means that it provides protection against rains and involuntary spillage of liquid. The Sony FES Watch U is compatible currently only with iPhone devices, and requires iOS 9 and up for it to pair seamlessly. Sony notes that its compatibility with Android smartphones is being considered.

Just like its predecessor, the FES Watch U has also been launched in Japan for now. While the FES Watch never saw the light of day outside the country, we hope that Sony revises its decision with the launch of this smartwatch.