Skagen Falster 3 smartwatch is said to deliver a 24-hour battery life on a single charge. 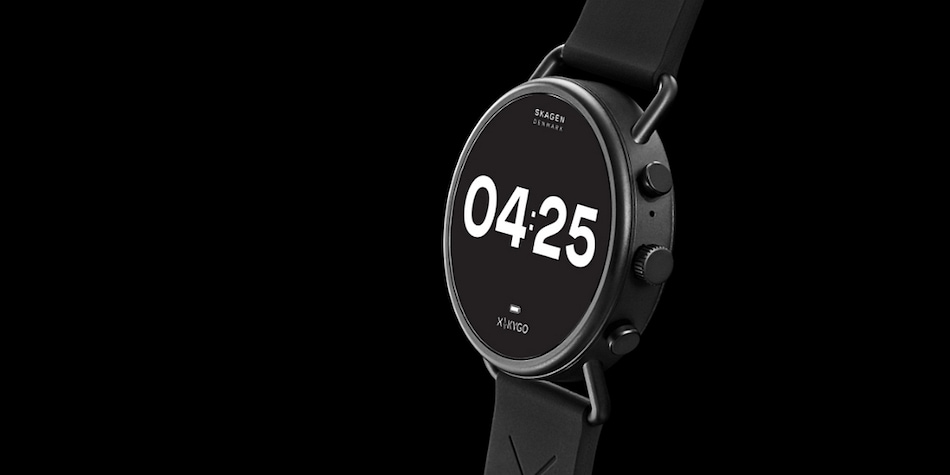 Skagen on Tuesday launched the Falster 3 smartwatch in India. Along with the watch. The swimproof smartwatch is powered by Wear OS by Google, and will be sold in India at Rs. 21,995. Features on the smartwatch include a speaker for calls, an 'extended battery mode', a Tiles feature to glance through important information, Google Assistant among others. The Skagen Falster 3 will be competing with the likes of Samsung's Galaxy Watch, and Fossil's Gen 5 smartwatch in the Indian market.

The Skagen Falster 3 is powered by a Qualcomm Snapdragon 3100 processor coupled with 1GB of RAM. It features a 1.3-inch OLED display, the company is touting a swimproof touchscreen that allows users to use the watch underwater. It comes with a 42mm case, and straps can be interchanged, with options such as gunmetal gauge mesh, leather, and silcone mesh. It also comes with heart-rate tracking, Google Assistant support, Google Pay, GPS, and preloaded Google Play Store, allowing users to download third-party applications as per their wish.

The company promises a 24-hour battery backup on a single charge and comes with a magnetic charger. The Falster 3 will also sport four styles inclusive of a limited edition design to pay homage to the company's partnership with X by Kygo. To recall, the Skagen Falster 3 was launched at CES 2020, last month. It is similar to the Fossil Gen 5 in terms of specifications and features.

The speaker on the Falster 3 smartwatch allows users to take calls on the smartwatch. It can also use the speaker for Google Assistant Access, notifications, alarms and play music on third-party apps. The smartwatch is compatible with devices running iOS 10.0 and higher, as well as Android 6.0 and higher. Skagen was a Danish company founded in 1989, known to make watches, wearables, jewellery and leather goods. It was bought by Fossil in 2012.

WhatsApp Dark Mode Leaked for Desktop, Said to Be in Development for Web as Well