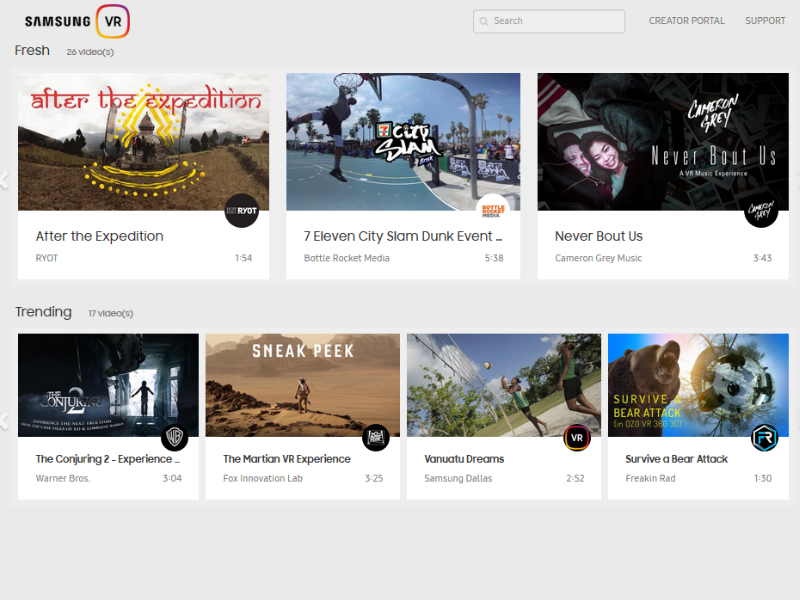 Unveiled at MWC 2016, the Samsung Gear 360 camera has now made its way to the US. The 360-degree camera has been priced at $349.99 (roughly Rs. 24,000), while availability details have been kept undisclosed. Alongside this announcement, Samsung also introduced a dedicated 360-degree video website called Samsung VR for users to upload and share their captured 360-degree video content.

The Samsung VR website is just the revamped version of the Milk VR initiative, and it will allow 360-degree user generated content to be viewed and shared widely. This website is open to all, unlike Milk VR that gave access only to certain users. With this move, Samsung pits itself against Facebook and YouTube. Both platforms have introduced 360-degree video support recently; and are busy roping in brands, content creators, and celebrities to upload and promote 360-degree content.

Samsung has also launched a new Creators program aimed at offering seminars and classes to budding film-makers about VR. The company even introduced a contest to lure more video makers into VR. The Gear 360 camera, for now, will be sold in limited quantity. Attendees of VidCon can purchase it at the event, while a full scale release is set for sometime later in the year.

The spherical camera features dual fish-eye lenses with 15-megapixel image sensors. These sensors capture high-resolution 360-degree videos (3840x1920 pixels) along with 30-megapixel still images. The device lets you capture 180-degree wide angle video and images with only using one side of the camera lens. It packs Bright Lens F2.0, which Samsung claimed can create high resolution images in low-light conditions as well as allow users to create full panoramic videos. The Gear 360 requires a dedicated mobile app which can be downloaded from the Galaxy Apps store, and Google Play.