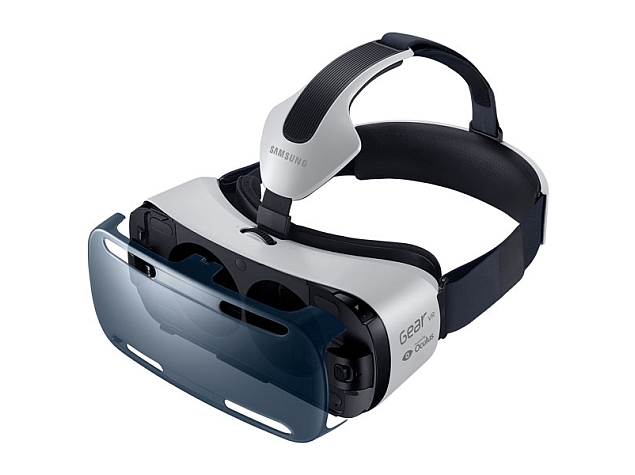 Samsung Gear VR Innovator Edition, which was formally announced last month at a developer conference, has now been launched in the US at a price tag of $199 (roughly Rs. 12,250), and notably requires a Samsung Galaxy Note 4 smartphone (which currently costs Rs. 58,300 in India) to be used.

Available to buy from the company website, the Samsung Gear VR Innovator Edition also features wireless connectivity along with some pre-loaded content on the 16GB inbuilt storage, states the AT&T website, which is the first carrier to sell the wearable. More games can be downloaded from the Oculus VR app.

However, it is still not clear what functions the Samsung Gear VR can perform. The video uploaded by AT&T on its dedicated website shows the wearable to let users view photos, videos, and play games. Also, there is still no word as to how many compatible games are present for the virtual reality wearable.

It is worth noting that last month Samsung also announced a 3D camera, called Project Beyond, which will be used to generate content for the Gear VR headset. The camera will not be going on sale but will be used to create 3D, 360 degree images that can be viewed through the Gear VR. These cameras will be placed around the world to generate 3D imagery for Gear VR users to "visit".

The Samsung Gear VR was unveiled alongside the launch of the Samsung Galaxy Note 4 and Galaxy Note Edge during the firm's IFA event in September this year. The wearable is powered by Oculus VR technology.