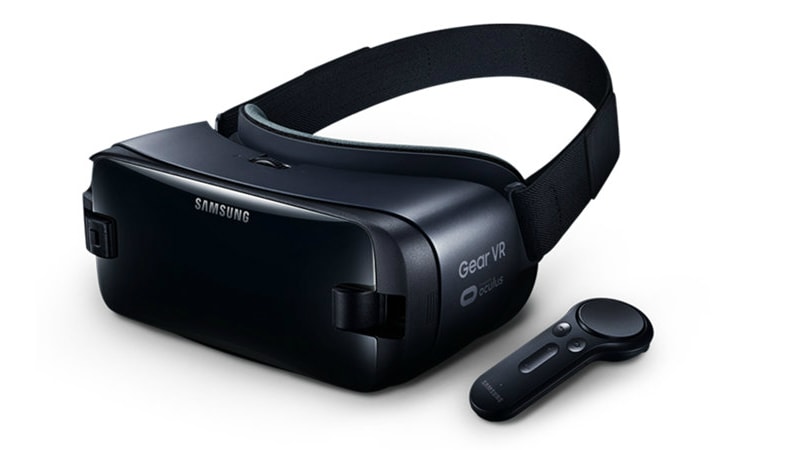 Samsung on Wednesday launched the Galaxy Note 8 smartphone with a huge Infinity Display, dual camera setup, and improved S Pen capabilities. Alongside, Samsung has also launched the new Gear VR headset to be compatible with the new Galaxy Note 8 smartphone's big size. The new Gear VR headset is priced at $129.99 (roughly Rs. 8,300), and is already available on the US online store to buy.

Essentially, Samsung has launched the new Gear VR because the Galaxy Note 8 won't fit into the old one. There's nothing additional that it brings to the table, except for a bigger slot to put the Galaxy Note 8 in, so it shouldn't be a surprise that the company didn't bring it up at its event in New York.

Just like last year, the Samsung Galaxy Note 8 Edition Gear VR comes with a controller in the box to help navigate with organic movements. It is compatible with the above mentioned Samsung devices running on Android 5.0 Lollipop and above, and supports Bluetooth v4.2. On board sensors include Accelerometer, Gyro Sensor, and Proximity Sensor.

It would've been nice if it was bundled in for free with Galaxy Note 8 pre-orders at least, given that the smartphone buyer will have to buy a new Gear VR if they want to experience VR content. Instead, those who pre-order the smartphone will be able to avail a Gear 360 camera or a wireless charging bundle at no price. Samsung is also said to be offering Galaxy Note 7 customers discounts in a bid to encourage them to purchase the Galaxy Note 8.