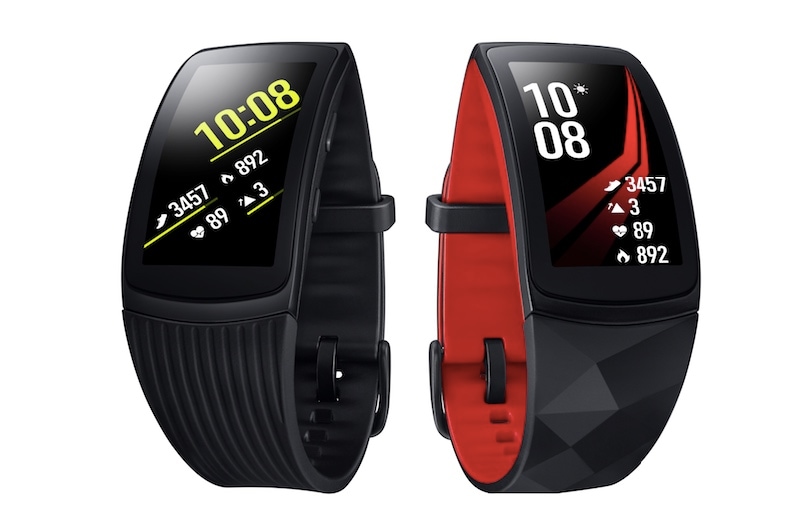 Expanding its existing wearable lineup in the country, Samsung on Wednesday announced the launch of the Gear Fit2 Pro and Gear Sport in India at a press event in Gurugram. The new wearables were announced at the IFA 2017 in Berlin back in August. Among the two, the Samsung Gear Fit2 Pro is priced at Rs. 13,590, while the Samsung Gear Sport will be available with a price tag of Rs. 22,990. Both wearables will go on sale in December, and will be available in Black and Red colour options.

The Samsung Gear Fit2 Pro features a 1.5-inch Super AMOLED display with a resolution of 216x432 pixels. The display panel is touted to double up as an "effective secondary screen" to let users view maps, activity statistics, and archives in addition to responding to messages with preset replies and emoticon library. Likewise, the smart fitness band also provides real-time updates and notifications.

Unlike the Gear Fit2 Pro, the Samsung Gear Sport has a circular 1.2-inch Super AMOLED display that supports a rotating bezel UI and comes with a 360x360 pixels resolution. There is also a 300mAh battery that can be charged wirelessly.

Apart from the differences in terms of their display panels and form factors, the Gear Fit2 Pro and Gear Sport both house a 1GHz dual-core processor and 4GB of onboard storage. The Gear Sport has 768MB of RAM, whereas the Gear Fit2 Pro has a memory chip of 512MB. Both the wearables are rated as water resistant to 5ATM and carry MIL-STD-810G certification.

Samsung has provided heart rate sensors as well as Bluetooth and Wi-Fi connectivity options on the Gear Fit2 Pro and Gear Sport. Additionally, there is built-in GPS for better tracking. The devices have Tizen OS with features such as auto activity detection to recognise activities such as walking, running, and cycling among others. Further, Samsung has partnered with Under Armour and Speedo to include support for Under Armour Record, MyFitnessPal, MapMyRun, and Endomondo apps.

"With the launch of Gear Sport and Gear Fit2 Pro, we continue to build on our wearables heritage of offering diverse choices to enhance consumers' unique lifestyles. We have introduced new smart capabilities, easy-to-use features and partnered with leading names in tech and fitness to help consumers go beyond fitness and live an active, balanced, and fulfilling life," said Aditya Babbar, General Manager, Samsung India, in a press statement.

Samsung also showcased its IconX earbuds (review) to take on Apple's AirPods at IFA 2017 that were launched alongside the Galaxy Note 7 last year. The wireless earbuds were priced at Rs. 13,490 and included heart rate sensors.