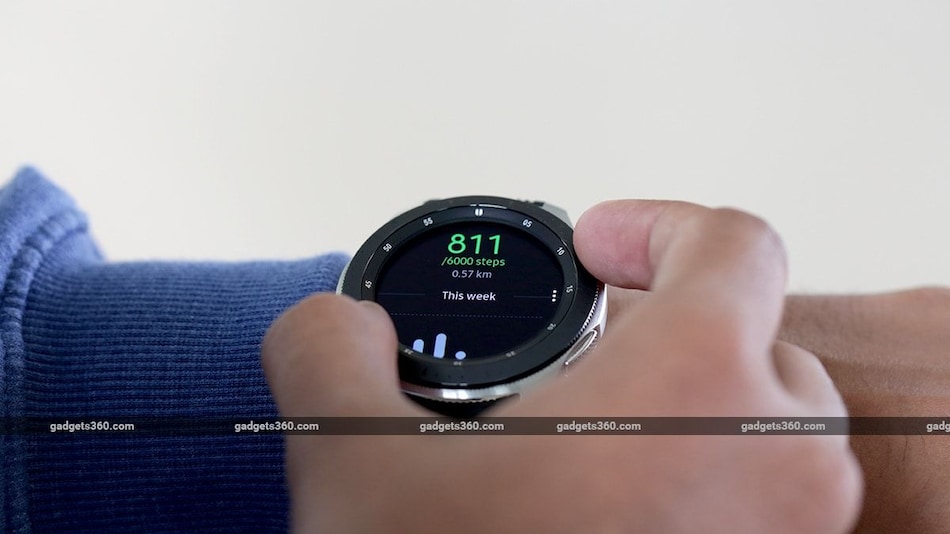 Samsung Galaxy Watch 4G (above) was launched in 2018

Samsung is said to be working on a successor to its Galaxy smartwatch and now a report claims that the upcoming smartwatch will come in a titanium finish, along with the expected stainless-steel model. The Samsung Galaxy smartwatch models in the past have come with aluminium and stainless-steel casings but this will reportedly be the first time for a titanium finish. The report also states that the new smartwatch will carry model numbers SM-R840 and SM-R850 for the two different sizes. Further, this titanium variant of the Galaxy Watch is expected to be quite a bit more expensive than the standard variant.

According to a report by SamMobile, Samsung's upcoming Galaxy Watch will be offered in titanium that will join the stainless-steel model. It may be the successor to the original Samsung Galaxy Watch that launched in 2018. The new watch is expected to have model numbers SM-R840 and SM-R850 for the two sizes it will be available in. The report also adds that it is unknown what the final name for the smartwatch will be and Samsung might launch it as the Galaxy Watch Active 3.

If this is true, it will be the first time Samsung delivers a titanium case on a smartwatch. Notably, the Apple Watch Series 5 came with a titanium variant that is priced in the US at $799 (roughly Rs. 60,600), about $400 (roughly Rs. 30,300) more than the aluminium variant. This might be the case with the upcoming Galaxy Watch with titanium case as well, with its pricing quite a bit higher than the standard stainless-steel variant.

When it comes to specifications of the upcoming Galaxy Watch, only a few things have been tipped till now. The report states that there will feature 8GB of onboard storage, 330mAh battery, and it will come in Wi-Fi and LTE variants. It is also expected to have a physical rotating bezel.