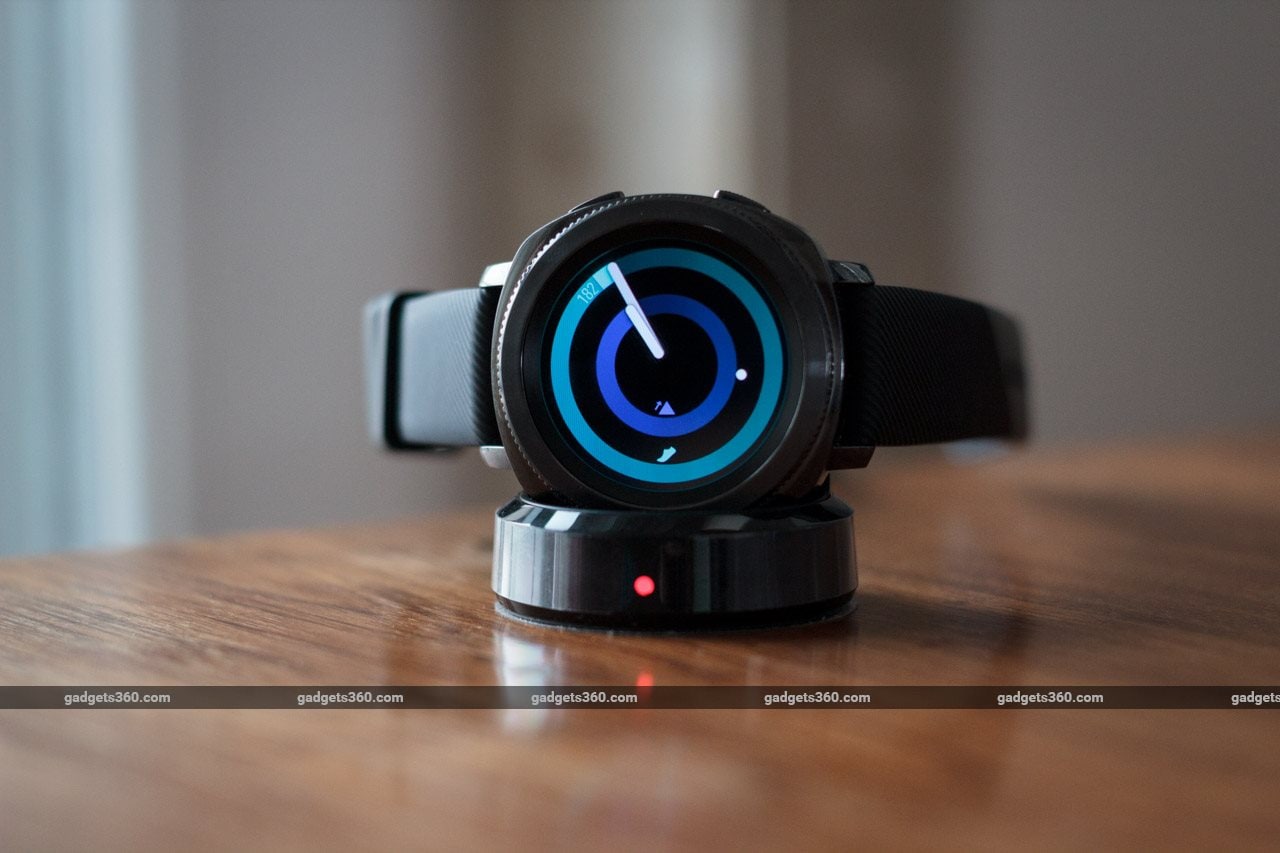 Samsung is reportedly working on a successor to the Gear Sport smartwatch. The successor is tipped to be called Galaxy Watch Active, and if a new leak is to be believed, then the smartwatch will come without the bezel ring. It will instead sport a 1.1-inch AMOLED display, a 236mAh battery, a thicker frame than its predecessor, and a new charging technique. The Gear Watch Active smartwatch is also rumoured to be water resistant and come with support for Bluetooth 4.2 and NFC as well.

According to a report in SamMobile the Samsung Galaxy Watch Active is scheduled to launch next week. It will reportedly have a smaller touchscreen than the predecessor Gear Sport and will let go of the bezel ring. The Gear Watch Active will sport a 1.1-inch AMOLED display. The small display surface will presumably make it very difficult for users to navigate through functions on the screen. To recall, the Gear Sport had a 1.2-inch display and its small display was accompanied by a bezel ring to help with interaction.

The report states that the Galaxy Watch Active will also come with a smaller battery at 236mAh, compared to the Galaxy Sport that packs a 300mAh battery. This could be due to the shrinking of the overall size of the wearable. The report adds that charging for the Galaxy Watch Active has been redesigned, and it's now a small pad where the watch sits horizontally instead of the 90 degree angle. This makes sense given that the Samsung Galaxy S10 series is tipped to sport reverse wireless charging, and the new watch will be able to charge by sitting on top of the next-gen Galaxy S10 family.

Additionally, the report notes that the Samsung Galaxy Watch Active will be water resistant up to 50 metres and offer 4GB of storage. It is said to be powered by the Exynos 9110 processor. The connectivity options include NFC, GPS, Wi-Fi, and Bluetooth v4.2. It will run on Tizen v4.0.0.3, and will come with a feature known as Bixby Reminders. SamMobile claims that the Gear Watch Active will be 13mm thick, which means it will be significantly thicker than its predecessor, which was just 11.6mm thick.