Samsung Galaxy Watch 4 is likely to launch at the Galaxy Unpacked event on August 11. 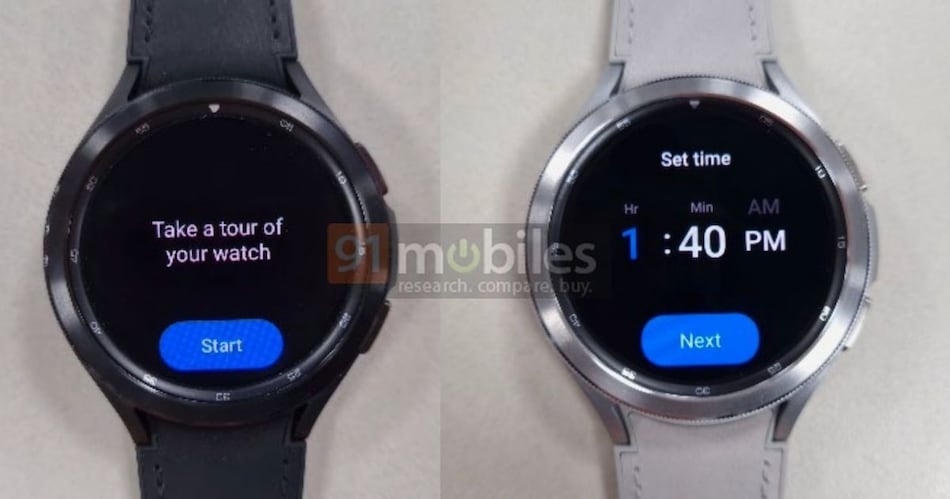 Samsung Galaxy Watch 4 Classic may have a physical bezel

91Mobiles, citing an anonymous source, shared live photos of the upcoming Samsung Galaxy Watch 4 Classic. The wearable has a round dial and is seen to have Black and Silver finish. Samsung Galaxy Watch 4 Classic is likely to feature a physical bezel and two buttons on the right edge for navigation and power on/off. Unfortunately, the live photos do not give us an idea of the UI changes coming with Google Wear OS integration. The photos only show the setup process on the screen.

The rumoured Samsung Galaxy Watch 4 range is likely to run on One UI Watch that was unveiled at MWC 2021. This new experience has been built on top of Google's Wear OS platform, enabling Samsung to integrate a host of features including syncing of settings and clock time with a smartphone, and offering access to a host of watch-compatible apps that weren't available to the Galaxy Watch portfolio before.