Samsung is rumoured to launch Galaxy Buds along with Galaxy Watch 3. 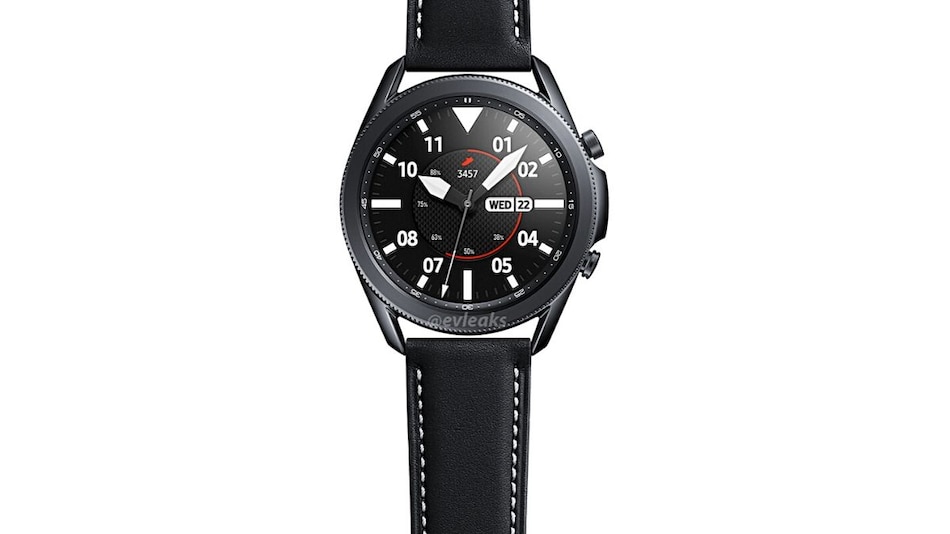 Samsung Galaxy Watch 3 has been in the news for quite some time, and reports have previously hinted at its launch in July. A notable tipster has shared a purported Galaxy Watch 3 render that indicates its launch on July 22. Rumours have further suggested that the next-generation Samsung smartwatch will come in two dial sizes of 41mm and 45mm. Both the models will reportedly pack 8GB of internal storage, 1GB RAM, GPS, 5ATM water resistance, and MIL-STD 810G certification. Currently, Samsung is yet to confirm the development of the Galaxy Watch 3 therefore, it is advised taking the information with a pinch of salt.

The render of the Samsung Galaxy Watch 3 was shared by notable tipster Evan Blass on Twitter. The render teases the date as 'Wednesday, 22' that indicates its launch on July 22 which is indeed a Wednesday. The same tipster had recently leaked a high resolution render of the Galaxy Watch 3. The image highlights the smartwatch's 45mm circular dial in a stainless steel casing, 22mm black leather band, and watch face with an analogue design.

Other key features of the Samsung Galaxy Watch 3 highlighted in the report include ECG sensor and heart rate monitoring. Additionally, the support pages for the next Samsung smartwatch with model numbers SM-R840NZSAKOO, SM-R840NZKAKOO, SM-R850NZSAKOO, and SM-R850NZDAKOO have been set up.