Redmi smartwatch has been teased by Lu Weibing on Weibo, but the post does not include any specifications. 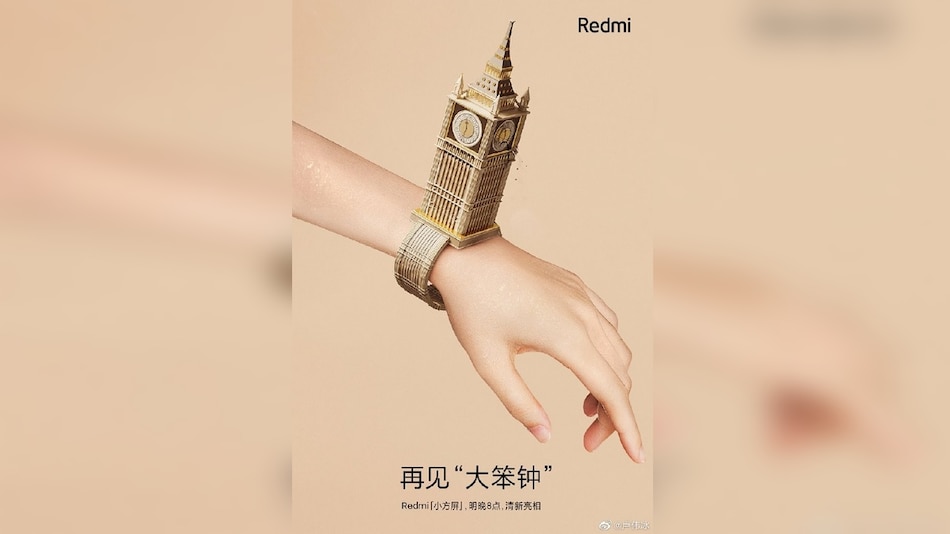 Redmi smartwatch will have a square dial

Redmi smartwatch will be launched in China on Thursday, November 26, Redmi General Manager Lu Weibing has shared through a post on Chinese microblogging website Weibo. Details about the smartwatch are scarce but it is believed to be a rebranded Mi Watch Lite that was spotted in a US FCC listing last month. The company will hold an event for the launch in China at 8pm local time (5:30pm IST). Xiaomi will also be unveiling its new Redmi Note 9 series phones on November 26, likely at the same event.

If it actually turns out to be a rebranded Mi Watch Lite, some of the specifications become clearer as the FCC listing showed a 1.41-inch HD color display, built-in GPS, and 24-hour heart rate tracking. It also mentioned that the watch will be water-resistant up to 50 metres, have swim stroke recognition, multiple fitness modes, and a screen auto-brightness feature. The FCC listing also stated that the smartwatch with model number REDMIWT02 will come with a 230mAh battery.

The Mi Watch Lite was also reportedly spotted in a UL (Demko) certification listing with the same model number. The Smartwatch itself is a toned-down version of the Mi Watch that launched in China in November starting at CNY 1,299 (roughly Rs. 14,300). It features a 1.78-inch AMOLED display, Qualcomm Snapdragon Wear 3100 SoC, 1GB RAM, and a 570mAh battery.

Xiaomi will launch its Redmi Note 9 series phones tomorrow as well and the Redmi smartwatch can be expected at the same event.