Redmi to Launch Its First Redmi Band on April 3 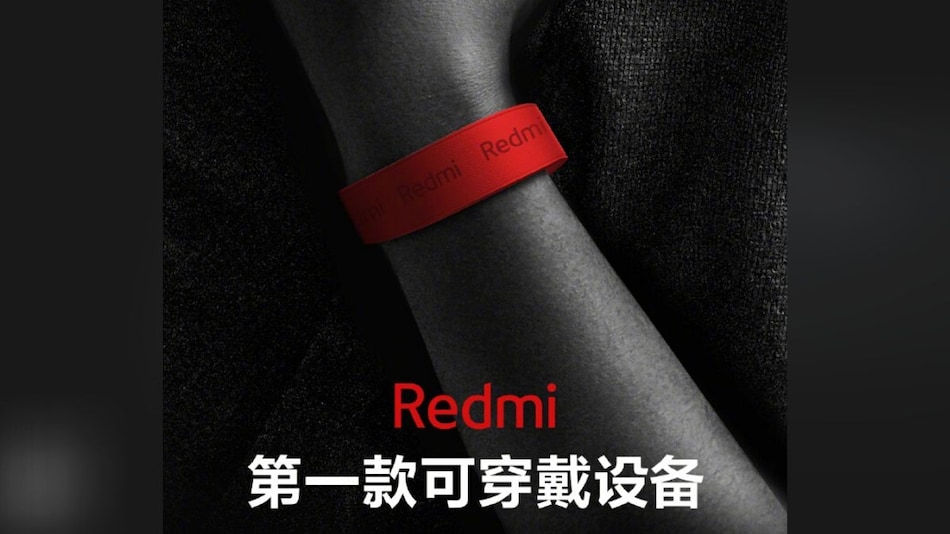 Redmi is set to launch it first-ever smart wearable device on Friday, the Xiaomi sub-brand announced on Thursday on Chinese micro-blogging website, Weibo. Although the name of the product is unclear, it is speculated that the smart wearable will be called Redmi Band. In the meantime, Xiaomi is also rumoured to be working on the next-generation Mi Band. Several reports had earlier indicated that the rumoured Mi Band 5 would be launched on Friday, April 3 as well. It is also unclear whether Redmi Band will debut in India.

From the photo that was posted on Weibo by Redmi, we can notice the red colour-strap of Redmi's upcoming smart wearable. Though, other details including the screen size of Redmi Band are currently unknown. However, by looking at the previous generation Mi Bands, we can expect certain features on the upcoming Redmi Band. This may include a colour AMOLED touchscreen display, tracking features, water-resistant up to 50 meters, music and volume control etc. as seen on the Mi Band 4.

In the meantime, Xiaomi's rumoured Mi Band 5 is also likely to debut at tomorrow's Xiaomi's Smart Inn Mi Fan Festival. Redmi's Weibo post added that the event will take place at 2PM local time (11:30AM IST). Earlier in January, a reported indicated that the Xiaomi Mi Band 5 is tipped to pack a 1.2-inch colour AMOLED display along with NFC support. The NFC support was not included in the Mi Band 4 units, sold outside China.

Redmi may also add this feature in its upcoming Redmi Band. As Xiaomi's sub-brand Redmi enters the smart wearables market, it will be competing against brands such as Realme and Honor which offer competitive features at an ultra-low price. Currently, Mi Band 4 is priced at Rs 2,299 and comes in four colour options.