Realme Watch S Pro is listed to have a 1.39-inch touch AMOLED display and 420mAh battery. 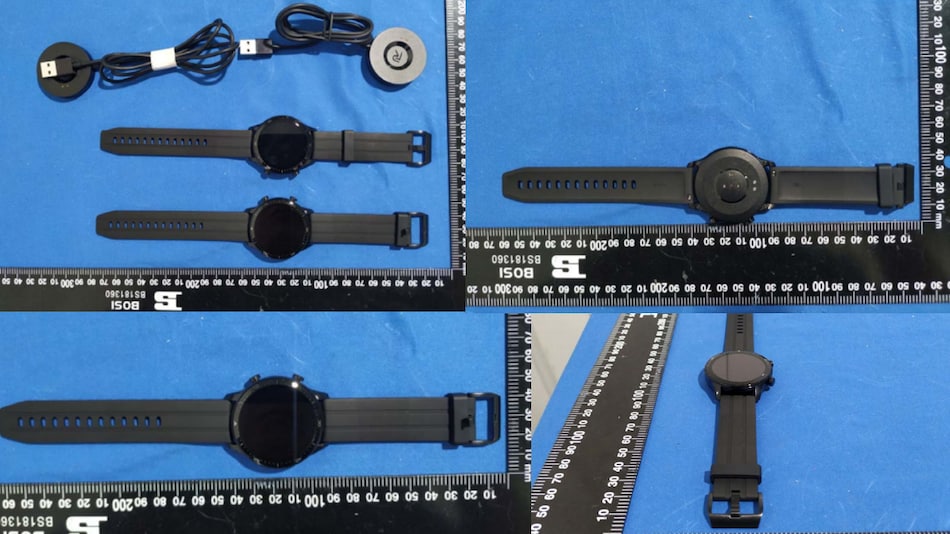 FCC has published external photos of the Realme Watch S Pro, alongside its user manual that has indicated the specifications of the smartwatch. The Realme Watch S Pro images suggest a round display, two physical buttons on the side, and a silicone buckle strap. The design of the wearable makes it look a lot like the Huawei Watch GT 2 and even the magnetic charging case looks similar. The listing was first spotted by MySmartPrice.

Coming to the specifications, the user manual suggests that the Realme Watch S Pro may feature a 1.39-inch touch AMOLED (454x454 pixels) display. It is listed to offer step tracking, distance tracking, calorie measurement, and even dynamic heart rate monitoring. The listing also indicates that the wearable will be able to identify the type of activity done by the user as well as generate a sleep monitoring report.

The manual also hints that users will be able to control the phone music and camera from the Realme Watch S Pro. Other features like call notification and Find Your Phone are also tipped. The manual lists the wearable to weigh 64.5 grams and the battery is expected to be at 420mAh. The watch is said to offer a host of connectivity options including Bluetooth LE support, GPS, GLONASS, and more. Sensors on board are tipped to include accelerometer, gyroscope, geomagnetic, optical heart rate, ambient light sensor, and a capacitive touch sensor.

At the IFA event, Realme said that the watch will launch later this year, but an exact launch date is not known yet.