Realme Watch 3 Pro is shown with a rectangular dial featuring a side-mounted button for navigation. 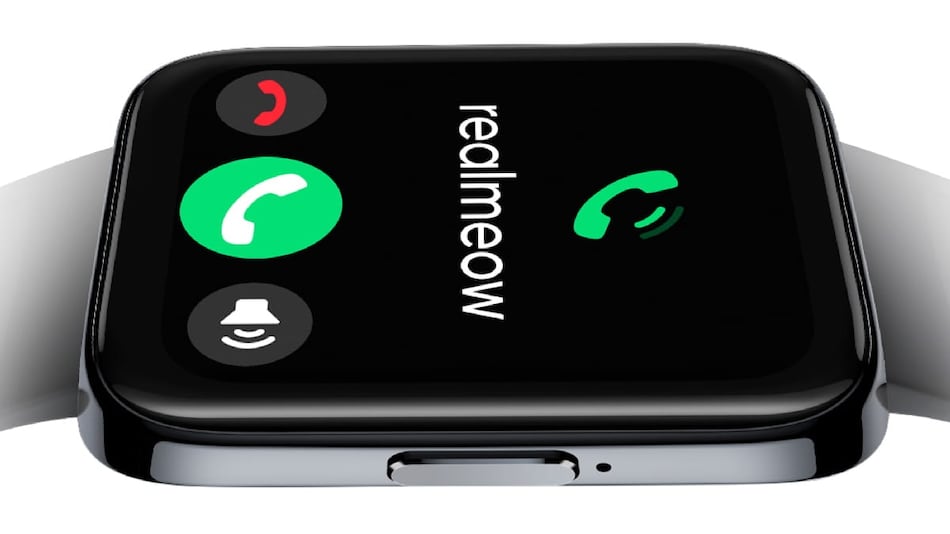 Realme Watch 3 with 1.8-inch touchscreen display was recently unveiled in India. Now, the Chinese electronics brand is all set to launch another new wearable in the country with the Realme Watch 3 Pro moniker. Although the company is yet to announce the exact date of its debut, it has teased the arrival of the Realme Watch 3 Pro via a dedicated landing page on its website. The upcoming model will sport an AMOLED display and is likely to succeed Realme Watch 2 Pro which made its debut in India in July last year.

Through a dedicated microsite, Realme has teased the India launch and key specifications of the Realme Watch 3 Pro. The listing, however, does not specify the exact launch date of the upcoming smartwatch. The smartwatch is speculated to launch alongside the Realme 9i 5G on August 18.

The Realme Watch 3 Pro is shown with a rectangular black dial with a side-mounted button for navigation. The wearable could also offer Bluetooth calling support that allows users to receive and make calls directly from their wrists. It is likely to be positioned above the recently launched Realme Watch 3 in the country.

The upcoming Realme Watch 3 Pro is likely to come with upgrades over the Realme Watch 2 Pro smartwatch launched in the country in July last year with a price tag of Rs. 4,999. The price of new wearable could be aligned with this, although the company is yet to make an announcement related to its pricing.

The Realme Watch 2 Pro sports a 1.75-inch (320x385 pixels) colour touchscreen and has an IP68 rating for dust and water resistance. It supports both heart rate and SpO2 monitoring and offers over 100 watch faces for customisation. The Realme Watch 2 Pro connects with a smartphone using the Realme Link app and works with both Android and iOS. It packs 390mAh battery and offers Bluetooth v5 connectivity, according to the company.