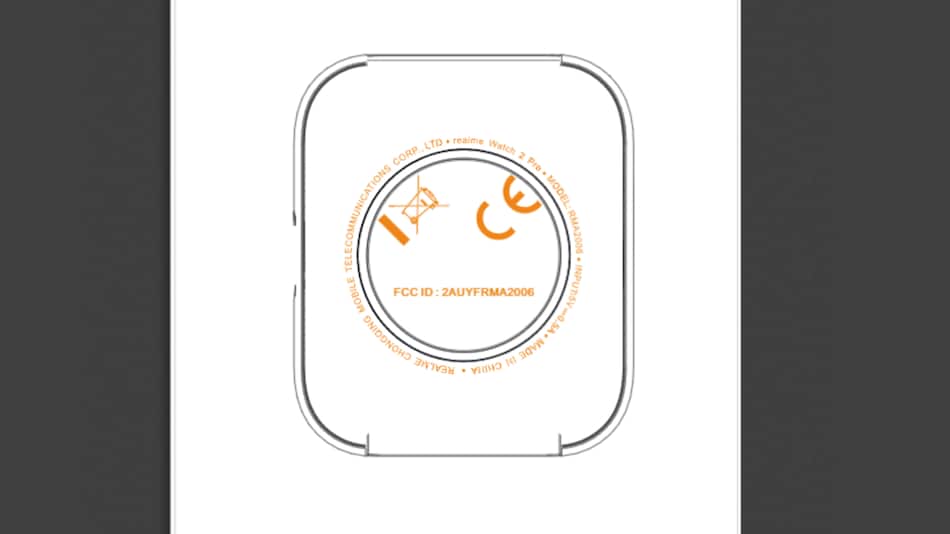 Although Realme Watch 2 Pro's listing on the FCC certification site doesn't reveal the complete specifications, it does confirm the name of the upcoming smartwatch. The FCC listing was spotted by Tipster Mukul Sharma. Realme Watch 2 Pro is expected to pack a 390mAh battery and bears the model number XE205, according to a document on the site where the square shaped dial is also tipped. It will support 2.5W charging. The battery is likely to be bigger than its predecessor.

While not much information is available about the Realme Watch 2 Pro at the moment, it is possible that Realme will reveal some details soon.

Meanwhile, Realme Watch 2 specifications and images had also recently surfaced on the US FCC certification site. The smartwatch was listed with model number RMW2008. It was listed with a user manual that included key specifications. It is IP68-certified and is likely to feature 1.4-inch TFT display. It could also have a 305mAh battery, blood oxygen and heart-monitoring features, and more.