Realme Band 2 launch announcement will be made on the company's Facebook page in Malaysia. 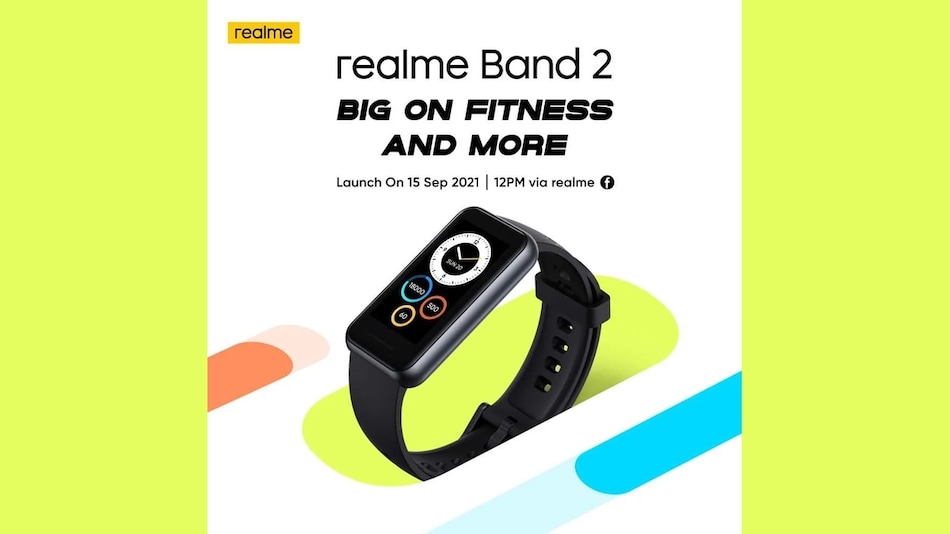 The official poster for the launch of Realme Band 2 in Malaysia was spotted by Gizmochina. The poster mentions that the Realme wearable will launch on September 15, 2021, at 12pm MYT (9:30am IST). The launch event will take place via Realme's Facebook page in Malaysia.

The poster also shows the design of the upcoming fitness band. Realme Band 2 is shown with a touchscreen colour display in a rectangular housing. The display is shown sans buttons at the bottom or the right side of the wearable. It is not yet confirmed if Realme Band 2 will get a navigation button on the left side (not visible on poster).

As mentioned, the design also seems extremely familiar to the design seen on Huawei Watch Fit. Realme Band 2's design also has similarities to Honor Watch ES and Honor Band 6. The main differentiator for Realme Band 6 in comparison to the rest is the lack of a navigation button on the right side of the wearable.

As per Gizmochina, the display on the Realme Band 2 is bigger compared to its predecessor. Realme Band 2 could come with a 1.4-inch touchscreen colour display, that is quite bigger than Realme Band's 0.96-inch display.

Realme Band 2 may also come with blood oxygen saturation (SpO2) tracking, 9 activity modes, among other such fitness tracking features. It is also likely to come with a bigger battery, owing to the bigger screen.

There is no information when Realme Band 2 will launch in other regions. However, the fitness band was recently spotted on the Bureau of Indian Standards (BIS) website, suggesting that it may launch in India soon.