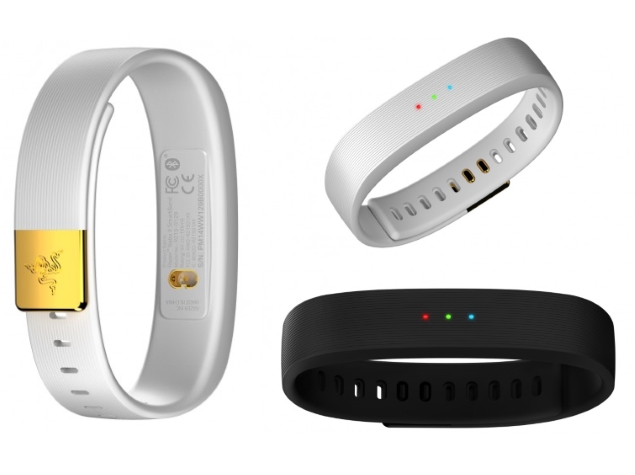 Razer, best known as a gaming company, has launched an entry-level version of the Nabu wristband it had unveiled last year - the Razer Nabu X - at CES 2015.

Like the Razer Nabu, the Nabu X can also be paired (via Bluetooth Low Energy) with devices running Android 4.3 Jelly Bean and higher, apart from the iPhone 5, iPhone 5s, iPhone 5c, and iPhone 6 smartphones through connected apps (Nabu X Uitilty and Fitness apps) to deliver notifications from smartphones, track and display fitness data, and more.

The new Razer Nabu X fitness tracker doesn't include an OLED display like the Razer Nabu, and instead features three differently coloured LED lights which glow in different combinations based on the type of notification alert such as a call or alarm. The smartband is IP67-rated water resistant, and can survive immersion up to 1 metre for 30 minutes. It packs an accelerometer and a vibration motor. The lithium-polymer battery on Nabu X is rated to deliver up to 5 to 7 days of battery life, and 30 days of standby time.

"The greatest barriers to entry for new technology are price and complexity, and we've eliminated both of those with the Razer Nabu X," said Min-Liang Tan, Razer Co-Founder and CEO. "We've taken what makes the Nabu such a compelling wearable - discreet notifications, activity tracking and band-to-band communication - and incorporated them into the Nabu X. It's the basic alternative to the Nabu that's extremely affordable and simple to use."
Comments