Ptron Force X11 smartwatch has an introductory price of Rs. 2,799. 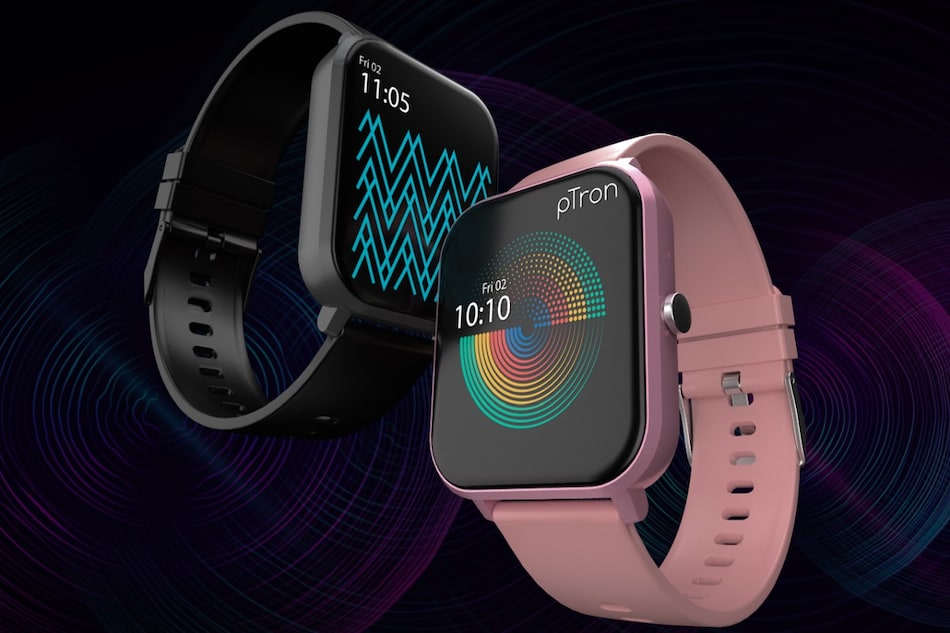 Ptron Force X11 smartwatch with Bluetooth calling was launched in India on Monday. The affordable smartwatch sports a 1.7-inch square display wrapped in a metal body and thin bezels on all sides. Ptron also touts the smartwatch as a budget-oriented fitness wearable and features heart rate monitoring, blood oxygen saturation (SpO2) monitoring, blood pressure, sleep tracking, and seven sports modes. IP68-rated Ptron Force X11 is said to have up to seven-days of battery life and can be fully charged in approximately three hours.

Ptron Force X11 has an introductory price of Rs. 2,799 and is available to purchase exclusively on Amazon. The smartwatch is offered in Onyx Black and Pink Suede colour options. Ptron is offering its new smartwatch with a 1-year warranty.

The newly launched Ptron Force X11 smartwatch sports a 1.7-inch HD touchscreen with a square dial. It features a side-mounted button for navigation on the right side along with a microphone. The smartwatch has support for multiple watch faces that can be customised using the DaFit app. The app is compatible with smartphones running Android 4.4 or higher and iOS 9.9 or higher. The DaFit app also lets users access health data and set reminders.

The new smartwatch from Ptron also has Bluetooth v5 for connecting to smartphones for calling, apart from offering a remote camera control feature as well as music playback controls. It is said to have up to 7-days of battery life on a single charge and can be fully charged in approximately three hours. It has an IP68 rating for dust- and water-resistance. The smartwatch measures 255x49x12mm and weighs 37 grams.