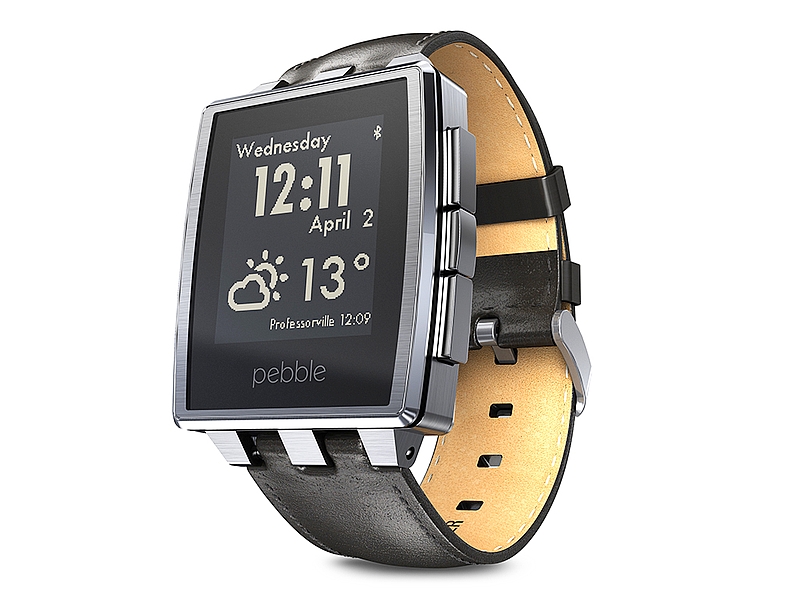 Pebble, on Thursday released Dictation APIs, which would let third-party developers add voice recognition support to their apps for the company's Time smartwatches, paired with Android or iOS smartphones. The feature is set to arrive on Pebble Time, Pebble Time Steel, and Pebble Time Round. While the support for Pebble Time and Time Steel has already arrived, it would reach Time Round on November 8 in the US.

Using voice dictation on the smartwatch, the company said Android users would also be able to reply to text messages and emails without using their smartphones. Pebble, to make this possible, has collaborated with Nuance for its voice technology. Pebble smartwatches for now support voice dictations but the feature is very limited.

"The value of a smartwatch is directly connected to its overall aesthetics, fit, and intuitive functionality. Pebble is committed to offering not only a variety of smartwatches that blend into individual lifestyles, but also to expanding the usability of Pebble smartwatches world-wide through frequent software upgrades," said Kean Wong, Vice President of Software Engineering at Pebble. "Making voice capabilities accessible to developers will help grow the Pebble app ecosystem exponentially, providing Pebble users access to more apps that are fun, intuitive, and easy to use."

"Voice opens up a world of possibility for wearable devices - in seconds, messages dictated by voice are sent right from the wrist with just a touch of a button. By opening the Dictation API to Pebble developers, more experiences will be delivered and consumers will be able to connect without having to look down at their device," said Scott Taylor, senior vice president of devices, Nuance Mobile.

Pebble last month launched its first circular smartwatch, the Pebble Time Round. The smartwatch maker claims that the Pebble Time Round at 7.5mm thin and 28 grams weight is the "thinnest and lightest smartwatch in the world". The band options include 20mm and 14mm while consumers can also pick a finish including Black, Silver, or a special-edition Rose Gold which will be exclusive to the 14mm band size.