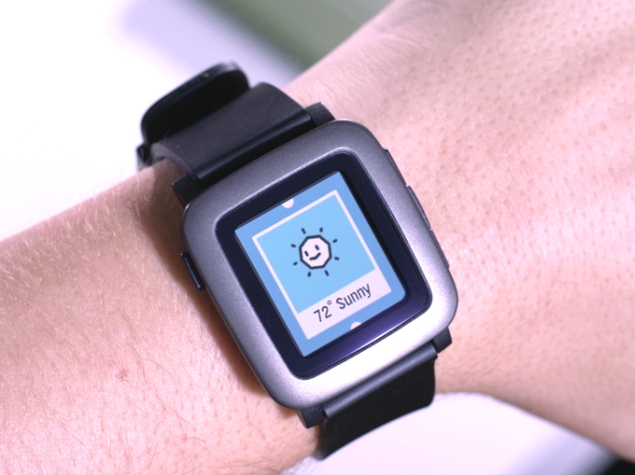 Kickstarter of the Week is our weekly look at the coolest new gadgets from the world of crowdfunding. We check out the latest projects on sites like Kickstarter and Indiegogo to find the coolest, weirdest and best new products you can back.

There is a chance that the product you're backing might not get made - even if it meets the funding goals - and there have been quite a few cases where people got nothing for their money. But every so often, crowdfunded projects can still reshape our expectations from gadgets, as the Pebble smartwatch and the Oculus Rift virtual reality headset did.

We're not saying that every project we list is going to be the next Pebble, except sometimes it is, because it is literally the next Pebble. After a hugely successful Kickstarter campaign launched the original Pebble e-ink smartwatch, the company has finally launched the next generation device, turning once again, to Kickstarter The Pebble Time campaign appeared on Kickstarter on Tuesday, and crossed its goal of $500,000 (a little over Rs. 3 crore) in just half an hour. Less than five hours in, it had crossed $5 million (or roughly Rs. 31 crores).

The campaign is accepting funding till March 28, and if you visit the page, you can see the numbers rising continuously - just about 12 hours after the project launched the funding has neared $7.5 million, or nearly Rs. 47 crores. Kickstarter tracking site Kicktraq is currently predicting a total of $231 million (approximately Rs. 1,400 crores) at the current rate of funding, though you should expect that to drop sharply once the early excitement ends.

So what exactly is new in the Pebble Time? For one thing, the watch has a new interface it calls "timeline". It's somewhat similar to Google Now's cards, which show you information when you need it. The timeline seems to be less contextual, and more linear, so you can move up and down the timeline to see data from apps and services in chronological order. You could move down the timeline to see an upcoming flight, or the weather, or move up to see things that have already happened, such as your previous day's fitness data.

The watch also has a new colour display, though it still uses an e-paper screen which will help it to last a week between charges. Another new addition is a microphone, for responding to notifications. These features bring the Pebble Time closer to Google's Android Wear devices but still give it a huge edge in terms of battery life. It still has fewer features and sensors though, so there are pros and cons to both kinds of smartwatches. The Pebble will also be compatible with all existing Pebble apps and watchfaces, and will be water resistant. You can see more in the video below:

To see more stories from the world of crowdfunding, click here.