Pebble 4.0 Firmware and Apps Released With Emphasis on Health and Speed 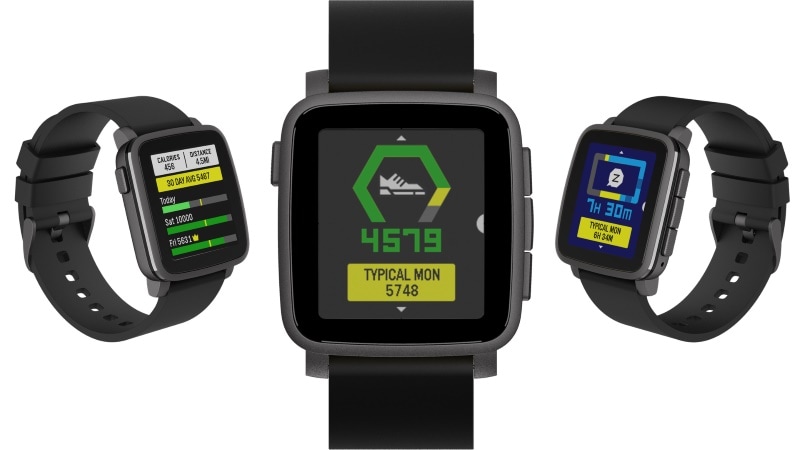 Pebble on Tuesday unveiled version 4.0 of its firmware and mobile apps. The company introduced Pebble Health back in December last year, in collaboration with Stanford University, to its entire Pebble Time lineup. The company has now rolled improved Pebble Health both for smartwatches as well as associated mobile phones. Pebble says the update lets users can track their daily activity and automatically detect their sleep phases seamlessly, with new timeline integration. The new firmware also brings 'glance and go' information from apps, helping users 'get information quickly and act faster than ever before.'

As we mentioned, the Pebble Firmware 4.0 and app updates brings revamped design and features to the watch interface and the mobile apps for Android and iOS. Pebble Time, Time Steel, and Time Round users can update their respective watch firmwares to 4.0 through the watch interface, from Menu > Support > Update Your Pebble. The updated Pebble apps for Android and iOS can be found for all Pebble users (including Pebble Classic and Pebble Steel) via Google Play and the App Store.

With Pebble Firmware 4.0, the company has introduced new features like Timeline with Quick Views, App Glances, 4-Button Quick Launch, and improved system animations for a faster interface. Timeline with Quick Views can take peeks at what's coming up next, 'automagically' from your watchface. In order to do so, users need to press down from their current watchfaces and can press down on the Quick View to see more about it. To dismiss Quick View, a simple press back will do the job.

With an all-new feature App Glances, users can now see information from different apps without even opening them. It's more handy in the situations when you are working out and don't want to free your hands. The 4-Button Quick Launch can assign your favourite apps to the Up, Down, Back, and Select buttons to get you going with speedier animations. Pebble for iOS catches up with Android with Sneak Peek in the latest update, letting users take advanced actions on Gmail, like Delete, Archive, Mark as Read, Reply All, and Star. Users can also set up custom replies or send voice replies. To set up iOS email actions from the Pebble app, users need to visit Settings > Email Preferences (Sneak Peek).

Pebble Health app on the Pebble smartwatches has brought several improvements, including redesigned activity cards that let users press up for quick glances at your step and sleep performance. Pressing right from an activity lets users dig up details and compare performance with previous weeks. Pebble Health improvements have also come to the Pebble apps for Android and iOS, where Activity and Sleep graphs are now said to be clearer and easier to understand.

Of course, the upcoming watches from Pebble - Pebble 2 and Time 2 - will come preloaded with the updated version of Pebble Health. For apps, you can head to your device's respective app market to download the latest versions of the Pebble Health app.

The Pebble Classic and Pebble Steel watches running Firmware 3.12 or higher will see improvements once they update to the corresponding Android and iOS apps. These include a revamped interface with an emphasis on cleanliness and speed, a new Manage Pebble menu, a new Pebble Settings app, as well as bug fixes and performance improvements.

Jio Expected to Dominate Agenda at Reliance AGM on Thursday