There is no word on price but it will go on sale in this US this fall. 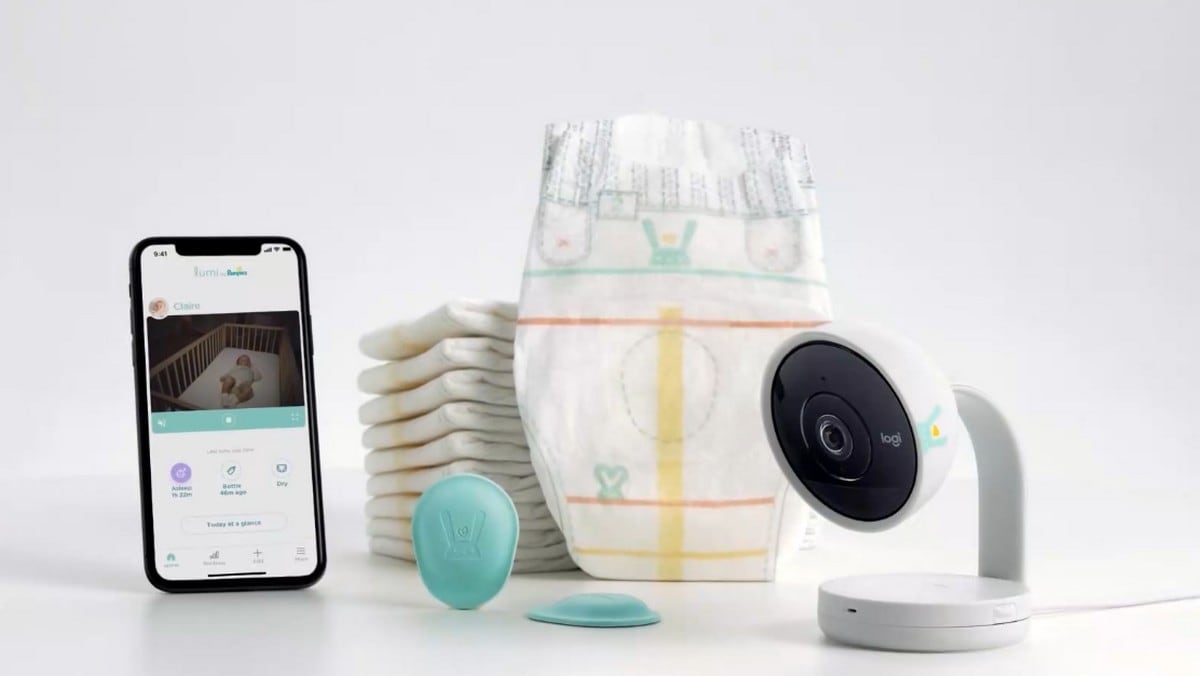 Pampers is the latest company to jump into trendy, wearable devices with a new "connected care system" called Lumi that tracks babies' activity through a sensor that attaches to diapers.

The sensor sends an alert to an app notification when a diaper is wet. It also sends information on the baby's sleep and wake times and allows parents to manually track additional info, like dirty diapers and feeding times. A video monitor is included with the system and is integrated into the app. Pampers didn't say how much the system, which is launching in the US this fall, will cost.

The announcement Thursday from Pampers, which is part of Procter & Gamble, is a sign of the growth in the "baby tech" industry. The Internet of things, or IoT, has invaded homes, promising to make routines and tasks more efficient. Companies have launched connected bassinets, smart night lights and pacifiers, bottles that track feedings and even apps to replicate the sound of a parent saying, "Shush." Research and Market report predicts the interactive baby monitor market alone will reach more than $2.5 billion by 2024.

But with the increase in "smart" options for babies and younger children, too, parents must make decisions about how much tech to use as they seek to raise them in an increasingly connected world.

"Even an infant or a toddler deserves a little privacy," said Julie Lythcott-Haims, author of bestselling book "How to Raise an Adult."

From smart diapers to social media, today's parents are grappling with an ever-expanding crop of privacy concerns triggered by widespread connectivity of devices. Posting photos, tracking their development in an app or even searching for information on their health conditions can help big tech develop digital profiles that could follow those children for the rest of their lives.

In many cases, it's still unclear how data for children's connected devices are used and how secure it is. Take baby monitors and security cameras: There are dozens of examples of baby or child monitors being hacked or otherwise compromised, including an incident reported by The Washington Post earlier this year in which a Nest Cam installed in a child's room began playing pornography.

Lythcott-Haims said that parents should proceed carefully when evaluating data-collecting mechanisms for use on their children, even in the earliest stages of life. Tracking a baby too closely could also quickly morph into helicopter parenting.

"When does tracking every move become inappropriate surveillance?" Lythcott-Haims asked. "If we can track their diapers, we can track their Pull-Ups, then we can put trackers on their clothing. Pretty soon we don't have to worry because we'll know everything from before birth to end of their lives."

The Lumi system encrypts all data and uses "the same standard of security as the financial services industry," said Pampers spokeswoman Mandy Treeby. The system does not currently include two-factor authentication, something security experts consider key to avoiding unauthorised access to systems.

The goal of the system is to alleviate stress for new parents, and feedback from those testing the system has so far been positive, Treeby added.

Lumi isn't the first jaunt into high-tech diapers. In 2016, Google's parent company Alphabet filed a patent for "a diaper sensor for detecting and differentiating feces and urine." Last year, Huggies partnered with Korean company Monit to launch a smart diaper sensor in Korea and Japan.

The risk with so many ordinary objects becoming "smart" is that it makes them dependent on software updates and malfunctions - or a product losing its connectivity if a company goes out of business or discontinues the line. Nike's $350 self-lacing shoes for instance stopped lacing earlier this year because of a software update.