Oppo Watch will be announced alongside the Oppo Find X2 on March 6. 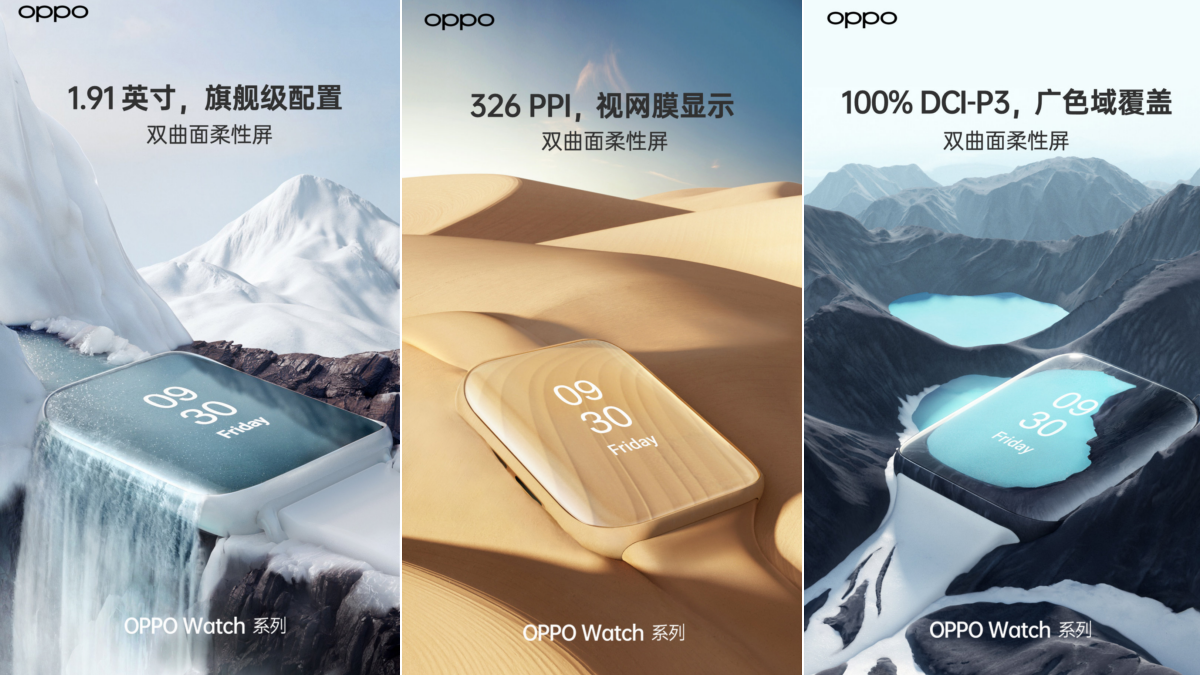 Oppo Watch will have a 1.91-inch screen, the company has revealed in its latest teaser post

Oppo has posted a teaser for its upcoming smartwatch simply called the Oppo Watch on its Weibo account. The company shared three images showing off some of the specifications of the Oppo Watch. It will have a 1.91-inch screen, 326ppi, and 100 percent coverage of the DCI-P3 colour gamut. The watch will have a curved screen on two sides and from the looks of it, the watch will have a rectangular design and will reportedly run on Wear OS by Google.

The three images have the Oppo Watch placed in different backgrounds, sort of merging with the environment. The first image has the watch atop a waterfall, giving the impression that the water is flowing from the edge of the device. The second image has the watch placed in a desert while the third has it merging with snow covered mountains and the valley. The 326ppi with the 1.91-inch screen will provide a pretty sharp display. The DCI-P3 coverage suggests the watch will be colour accurate.

From the looks and specifications of the Oppo Watch, it looks like an impressive package.

According to the company's announcement on Weibo, the watch will be unveiled on March 6 - which is also when Oppo will launch its Find X2 smartphone. Previous leaks have stated that the Oppo Watch will run on Android and have 3D glass, which the Vice President and President of Global Marketing for Oppo, Brian Shen, said would be a “game changer”.

We also know that the Oppo Watch will have two side mounted buttons. An earlier leak claims to show the settings page with a few options including ‘Multifunction button', ‘Battery', ‘Password', and ‘More'. The presence of that ‘Multifunction button' option might mean that the two physical buttons can be customised. Other rumours also suggest that the Oppo Watch might have ECG support.

When the Oppo Watch was first teased, it looked a lot like the Apple Watch but the differences between the two are being revealed slowly and steadily.