Oppo Watch 3 Series will launch in China at an event scheduled for 7pm local time. 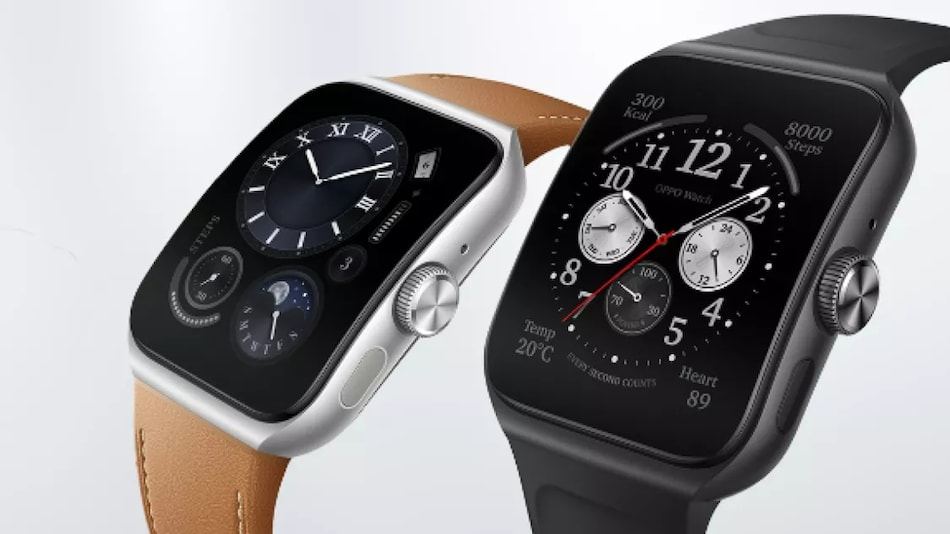 Oppo Watch 3 series pre-booking has started in China ahead of the smartwatch's launch on August 10 in the country. As per the company, the Oppo Watch 3 series will be powered by the new Qualcomm Snapdragon W5 Gen 1 SoC, making it the first brand to feature the platform. The lineup is reported to sport a low-temperature polycrystalline oxide (LTPO) display with an adaptive refresh rate, similar to the one found in the Apple Watch. The Oppo Watch 3 series could also feature ECG monitoring technology.

As per the Oppo China website, the Oppo Watch 3 Series is available for pre-booking. It will be launched on August 10 at an event that is scheduled to begin at 7pm local time (4:30pm IST) in China. The images on the website suggest that the wearables will come in two colour options: Black and Silver. The purported images leaked by tipster Evan Blass previously also hinted at the same colour options.

The Oppo Watch 3 Series renders leaked by tipster Digital Chat Station were also in line with the ones posted on Oppo website. One of the displayed smartwatches sports a silver frame with a textured leather strap, while another has a black frame with a black silicone strap.

Oppo had already announced that the smartwatches will be powered by the recently-launched Qualcomm's Snapdragon W5 wearable platform. Oppo and Mobvoi are said to be among the first lot of companies that will launch their products based on the new platform. The Oppo Watch 3 will be the successor to the Oppo Watch 2 launched last year.

As far as India launch is concerned, the Oppo Watch 3 is tipped to make its debut in India with three models — OWW211, OWW212, and OWW213. It could offer Black, Silver, Dark Grey, and Light Gold colour options at launch.