Oppo Watch 2 will be powered by Snapdragon Wear 4100 SoC along with Apollo4S SoC. 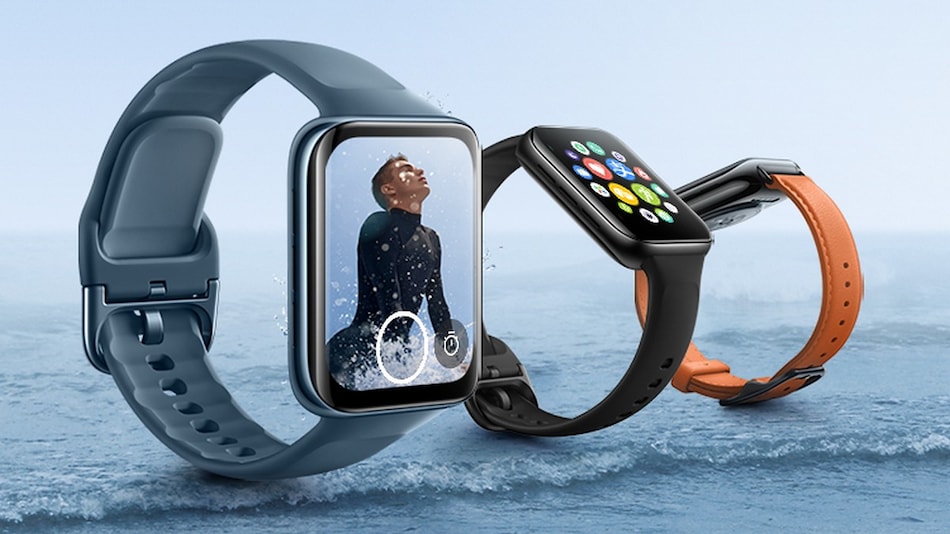 Oppo Watch 2 will be offered in Black, Blue, and Orange colour options for the strap

Oppo Watch 2 is all set to be unveiled tomorrow (Tuesday, July 27) in China. New images of the upcoming smartwatch leaked by a tipster suggest that the smartwatch will have calling support as well as built-in GPS, both of which also feature on its predecessor — the Oppo Watch. The soon-to-be-launched Oppo Watch 2 has had its key specifications leaked last week, which suggest that the smartwatch will be powered by Snapdragon Wear 4100 SoC and come with up to 16GB of onboard storage.

The latest leak by tipster Evan Blass (@evleaks) shows some images of the Oppo Watch 2. The images suggest that the Oppo smartwatch will have calling support, along with the ability to show navigation data that hints at the possibility of a built-in GPS. The first-generation Oppo Watch had e-SIM support in China with calling functionality and also a GPS chip. It is likely that both these features will be available in the upcoming Oppo Watch 2.

The company had earlier said that the Oppo Watch 2 will launch on July 27 at 3pm local time (12:30pm IST) in China. The launch date was announced through a post on Weibo, which said the launch will be for the Oppo Watch 2 series, suggesting that the smartwatch will be offered in multiple sizes like the first-generation Oppo Watch. It is still unclear as to when the Chinese tech giant will bring the Oppo Watch 2 to India as it took nearly four months for the original Oppo Watch to land on Indian shores after its China launch.

The Oppo Watch 2 has also been spotted on JD.com that shows that the smartwatch will be rectangular in shape and have two buttons on the right side. A curved glass and three colour options — Black, Blue, and Orange — for the straps are visible in the listing. The images shared by Blass are in line with the images found earlier on the Chinese e-commerce website. JD.com also lists the smartwatch will feature heart-rate monitoring and e-SIM support. The smartwatch may come also with an Apollo4s chip. It is expected be IPX5 certified for water resistance and have more than 50 sports modes, along with Wi-Fi, Bluetooth, and built-in GPS for connectivity.