Oppo VP Brian Shen mentions that the upcoming smartwatch will sport a flexible display with a curved design. 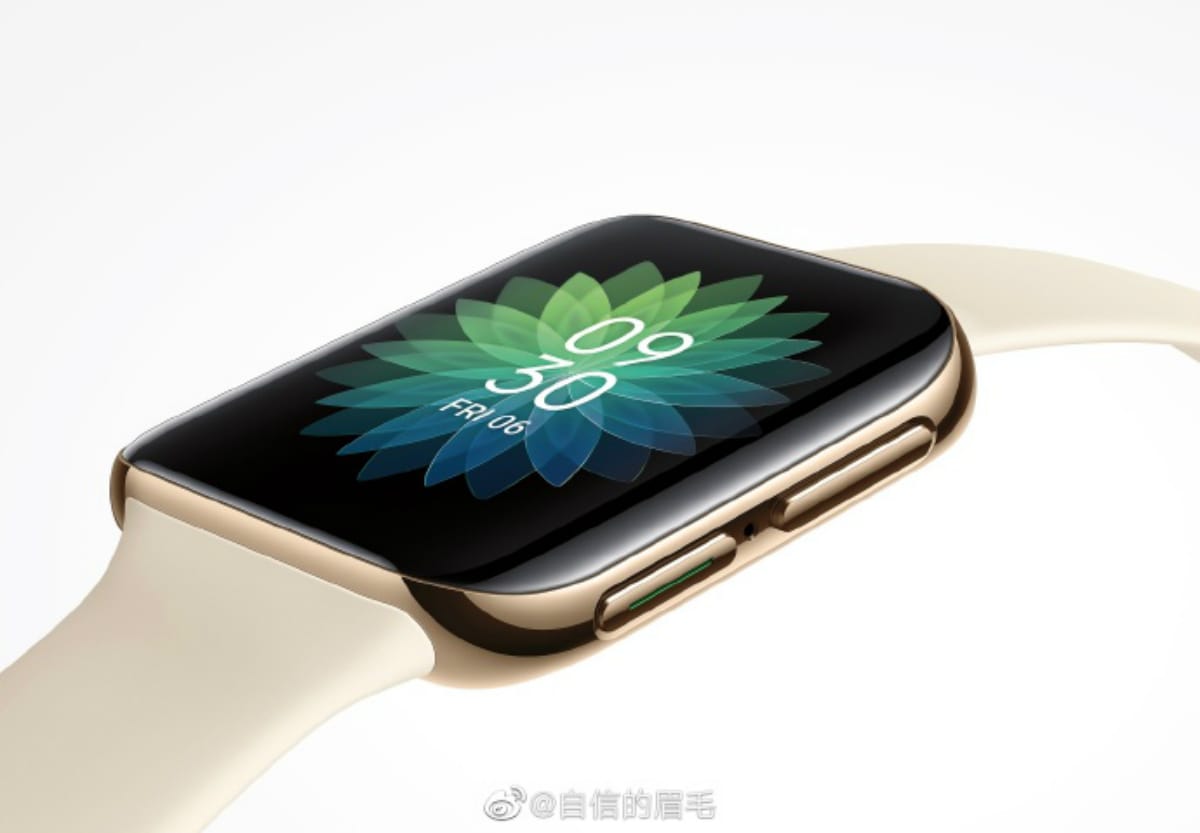 Oppo has been rumoured to be working on a smartwatch for a while now, and the company VP Brian Shen has now shared an official photo, confirming the arrival. The photo shows a smartwatch inspired by the Apple Watch design, and even the watch face shows similarity to that of Apple. In any case, the executive mentions that the smartwatch will sport a flexible display with a curved design. Instead of the digital crown seen on the Apple Watch, the Oppo smartwatch is seen to sport two physical buttons on the side.

Shen took to Weibo to share an official photo of the upcoming smartwatch. He refrains from giving out details regarding the name of the Oppo smartwatch, or the key features it will integrate, but he does note that the smartwatch will sport a flexible display with curved edges. In the official photo, we can see that the Oppo smartwatch will sport metal edges in gold and a cream silicone strap. The two physical buttons can be seen on the sides, and Shen says that it could possibly be the ‘best looking smartwatch to launch this year'. The watch face has a flower design at the back with the time displayed in the centre. We can expect more watch faces and more colour options when the smartwatch is officially unveiled.

The Oppo smartwatch is tipped to come with ECG support – again similar to that of the Apple Watch. At Inno Day last month, Oppo first announced its plans to launch smartwatches, and confirmed that it should launch it in the first quarter of 2020. To recall, Xiaomi also launched its Mi Watch last year, and the design seemed heavily inspired by the Apple Watch as well. At the time, Oppo's Shen took a dig at Xiaomi for aping Apple's design. However, it looks like Oppo is taking the similar route, and is even looking to copy the ECG feature.