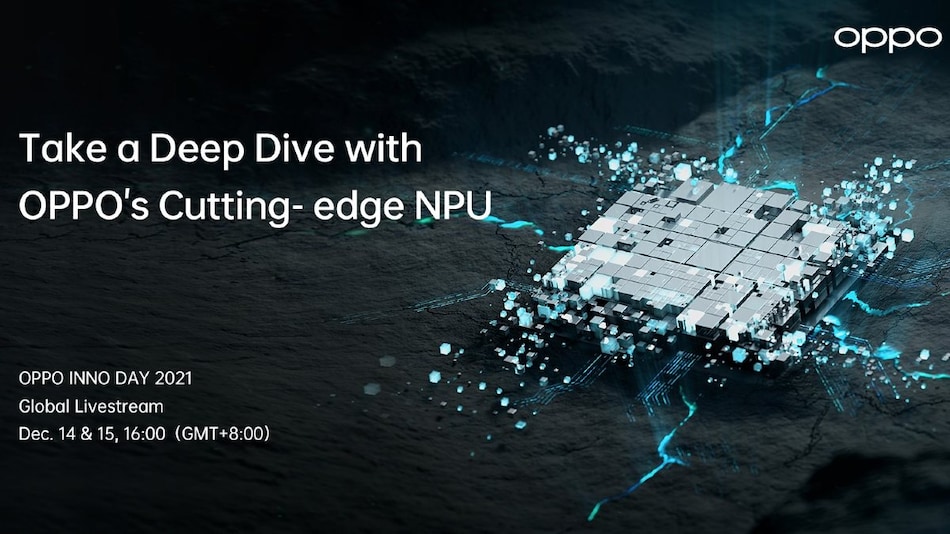 Oppo MariSilicon X NPU will be showcased on December 14–15

Oppo will showcase its first Neural Processing Unit (NPU), smart glasses, and several other technological breakthroughs at the upcoming Oppo Inno Day 2021 event. The Chinese company has already teased a unique retractable smartphone camera technology on Twitter. Speculations are rife that the company may also unveil a foldable smartphone. It will also outline its latest strategy at the event which is scheduled to take place on December 14 and December 15 in Shenzhen, China. The Oppo Inno Day virtual launch event will begin at 1:30pm (2:30am IST) on December 14.

As per the press note sent to us, Tony Chen, Founder and CEO of Oppo, will deliver a keynote speech regarding the company's updated corporate strategies and new directions in R&D. “At the same time, other senior executives will introduce the new NPU and smart glasses,” the company said. Oppo is also set to unveil its Retractable Camera and Digital Human as well as other breakthrough innovations related to imaging, AI, AR, and 5G. Additionally, Oppo tweeted that its NPU is called the MariSilicon X.

We've developed a cutting-edge neural processing unit (NPU) called the MariSilicon X. Can you guess what it does? ????

Oppo may also launch the foldable smartphone, and it was allegedly spotted on Geekbench listing. Rumour mill suggests that the Oppo foldable smartphone will come equipped with the Qualcomm Snapdragon 888 SoC, which could be paired with 12GB of RAM. The phone has reportedly received the certification of the Ministry of Industry and Information Technology (MIIT) in China.

TikTok to Be Most Downloaded, Highest Grossing App of 2021: Sensor Tower
Hawkeye Episode 4 Recap: A Watch, Wife Barton, and an Assassin