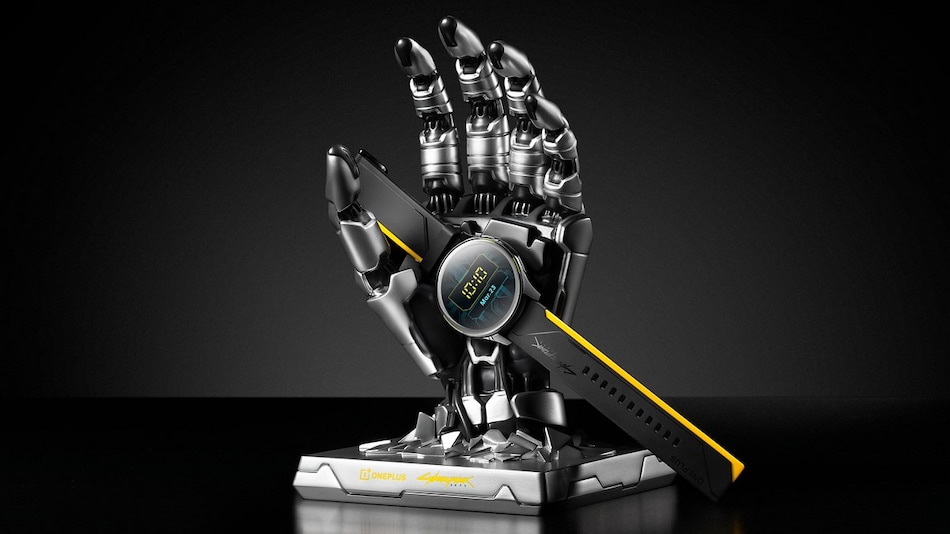 The OnePlus Watch Cyberpunk 2077 Limited Edition smartwatch carries the same specifications as the standard edition but with a few tweaks. It comes with an exclusive dial, boot animation, charging animation, and themed interface customised to fit the Cyberpunk 2077 theme. It also comes with a Silverhand watch holder that doubles as a fast charger.

OnePlus Watch Cyberpunk 2077 Limited Edition features a 1.39-inch HD (454x454 pixels) AMOLED display with 326ppi pixel density and 2.5D curved glass protection. The dial is made from 316L stainless steel like the standard edition but comes with a silicone strap. The smartwatch is backed by a 402mAh battery that supports Warp Charge fast charging. The company says it can last up to 14 days with typical use.

The company has provided Bluetooth v5 and standalone GPS support as well. There is also an IP68-certified build that comes along with 5ATM water resistance. OnePlus Watch Cyberpunk 2077 Limited Edition weighs the same as the standard edition without the strap at 45 grams but weighs 65 grams with the strap that is 11 grams lighter than the standard OnePlus Watch.