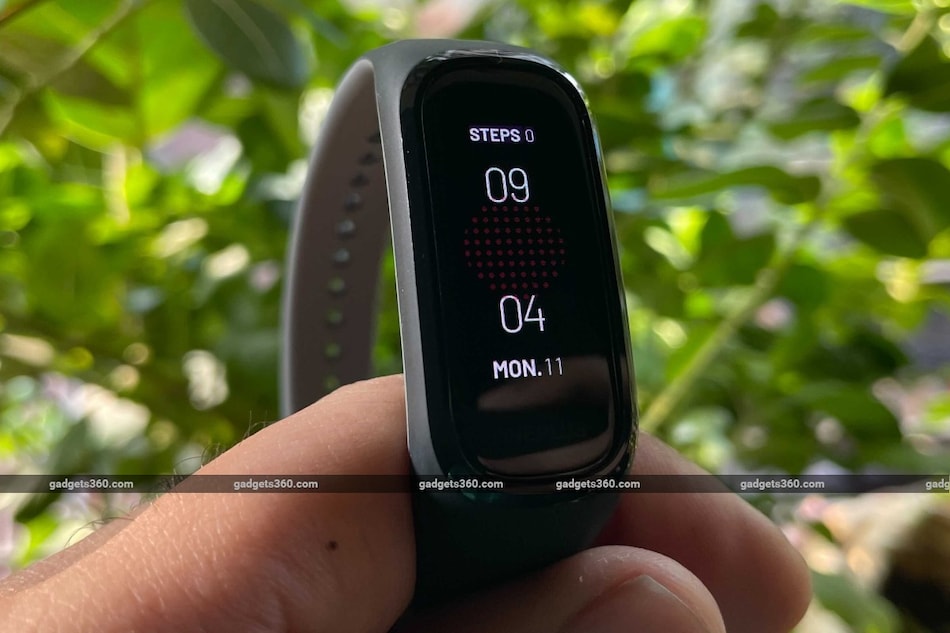 OnePlus Band will deliver up to 14 days of battery life on a single charge, the company claims

OnePlus Band has been launched in India as the company's first wearable device. The new fitness band is designed to counter Xiaomi's Mi Smart Band 5 and comes with a similar list of features. The OnePlus Band comes with an AMOLED display that supports touch inputs. It also supports blood oxygen saturation (SpO2) and heart rate monitoring. For fitness and health enthusiasts, the OnePlus Band works with a new OnePlus Health app that allows users to track their daily activities, heart rate, and sleep data. The band also includes 13 exercise modes.

OnePlus Band price in India has been set at Rs. 2,499. The fitness band comes in a Black colour option and will go on sale through OnePlus.in, OnePlus Store app, Amazon, Flipkart, OnePlus exclusive offline stores, and partner outlets from January 13. It will be available under an early access sale for Red Cable Club members, from 9am on January 12, exclusively via OnePlus.in and the OnePlus Store app.  OnePlus will also separately sell wrist straps for the OnePlus Band in Navy and Tangerine Gray colours at Rs. 399 each.

On the other hand, the Mi Smart Band 5 is also available for purchase in the country at Rs. 2,499.

Similar to other fitness bands of its segment, the OnePlus Band comes with IP68 certification and 5ATM water-resistant rating. It is also designed to resist dust to some extent.

The OnePlus Band helps you analyse your sleep patterns using its built-in sensors. It also combines its sleep tracking with continuous SpO2 monitoring to provide a comprehensive view of your health through the OnePlus Health app. However, the band doesn't come with any healthcare certifications or isn't medically approved.

OnePlus has also provided heart rate monitoring on the OnePlus Band, along with personalised heart-rate alerts. The band is touted to notify users of irregular readings.

In terms of design, the OnePlus Band comes with a detachable tracker that can be attached to a range of dual-colour wrist straps. The bundled wrist strap is, however, in Black colour. Users can also apply their preferred watch faces directly from the OnePlus Health app or can personalise the band with their own pictures.

The OnePlus Band is initially compatible with the devices running on at least Android 6.0. However, OnePlus is bringing support for iPhone along with a corresponding OnePlus Health app on iOS at a later stage. The company also claims that the band provides the “best experience” with a OnePlus phone. There is Bluetooth v5.0 connectivity.

The OnePlus Band packs a 100mAh battery that is touted to deliver up to 14 days of usage on a single charge. It comes bundled with a wired charging dongle. Besides, the band measures 40.4x17.6x11.95mm and weighs 22.6 grams (including strap).