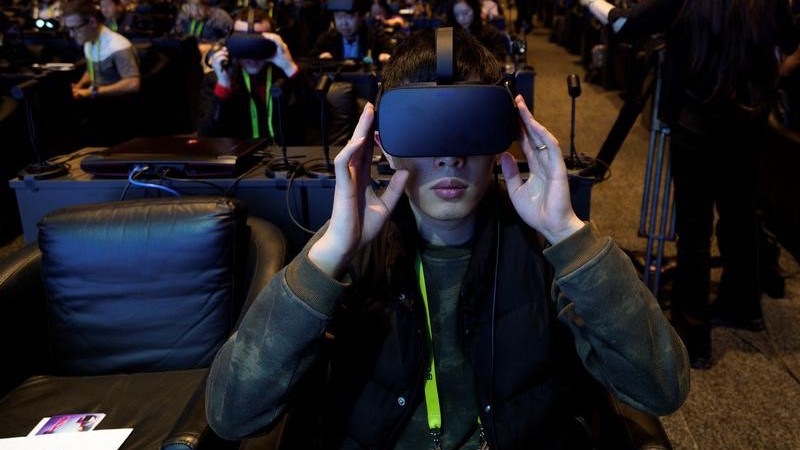 Oculus, the virtual reality company owned by Facebook, is temporarily cutting the price of its hardware, as the industry tries to figure out why the technology for immersive games and stories has not taken off among consumers.

Oculus is cutting the combined price of its Rift headset and Touch controllers to $399 (roughly Rs. 25,700) for six weeks beginning on Monday, said Jason Rubin, Oculus vice president for content. That matches the price of another virtual reality set, PlayStation VR, made by Sony.

Vive, a virtual reality set developed by HTC, is listed for sale at $799 on its website, and it has not recently cut the price.

Facebook paid $3 billion to acquire Oculus and retain its employees in 2014.

Chief Executive Officer Mark Zuckerberg said at the time that the medium, which offers a 360-degree panoramic view through headsets, would "become a part of daily life for billions of people."

That has not happened, although it is unclear if that is because of high prices, something inherent in the technology or some other reason.

Pricing discounts are sometimes a sign of weak product sales. Rubin, though, said in an interview that was not the case with Oculus, which he said could have cut the price sooner but wanted to wait until there were enough games, movies and other entertainment to keep a broad audience busy.

The pace of game releases has quickened, making a wider appeal possible, Rubin said: "We're now in a space where the mass market can be much happier."

In May, Oculus shut the doors of its Story Studio, two years after it launched at the Sundance Film Festival, to focus on external content makers.

Another setback was a $500 million legal judgment against Oculus in February, when a jury found in favor of video game publisher ZeniMax Media Inc in a lawsuit accusing Facebook and Oculus of copyright infringement. Oculus has asked for a new trial.