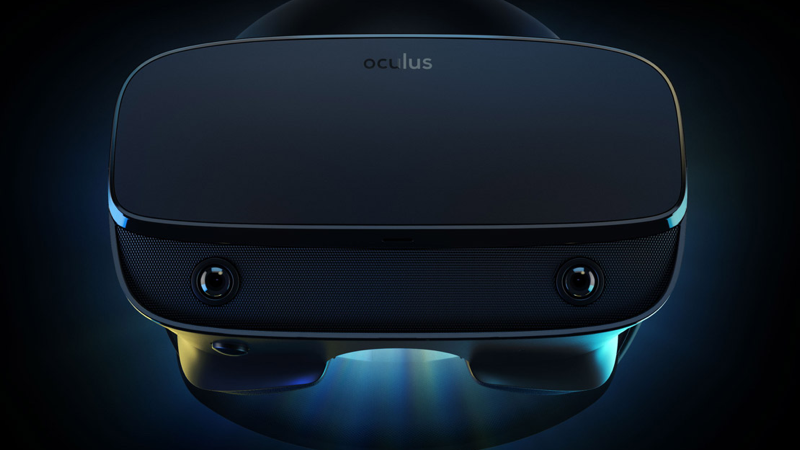 Oculus VR has launched its next-generation Rift virtual reality headset. The new Oculus Rift S features an inside-out tracking which eliminates the need for any external sensors. The Rift S also offers a higher-resolution screen compared to its predecessor. Oculus has announced that the Rift S head-mounted display will ship this Spring at a price of $399 (roughly Rs. 27,300). The company hasn't revealed an exact launch date yet.

Oculus says it has collaborated with electronics giant Lenovo to develop the Oculus Rift S. The Rift S isn't quite a major upgrade over the previous headset but aims to offer a higher quality VR experience and better ergonomics.

The Oculus Rift S and its predecessor still share the same core platform, which means users can access VR content created for either of the headsets. Oculus has also maintained the same PC requirements for the new Rift S as the original Rift.

Oculus will also enable cross-buy and cross-play features, enabling users to upgrade their hardware and still have their library accessible as it is.

The Rift S comes with an inside-out tracking system called Oculus Insight, confirming previous reports. This removes the need to have external cameras for a full-body movement. Oculus Insight will also be included in the company's upcoming Quest virtual reality headset.

Oculus is also bringing a new feature called Passthrough Plus to the Rift S platform. The feature will enable users to view real-world surroundings as they set up their virtual reality space using the Oculus Guardian tool. Users will be able to switch between the Home Launcher and a real-world feed of their surroundings quickly, thanks to the new inside-out tracking system.

Due to the collaboration, the Oculus Rift S will feature both Oculus and Lenovo branding. It will also ship with a new halo strap. While the company hasn't specified an exact release date yet, Oculus could launch the Rift S along with the Quest during Facebook's F8 developer conference which is scheduled for April 30 this year.

Metro: Exodus Sold 2.5 Times as Many Copies at Launch as Metro: Last Light