Nomad Pod Is a Nifty Battery Pack for the Apple Watch 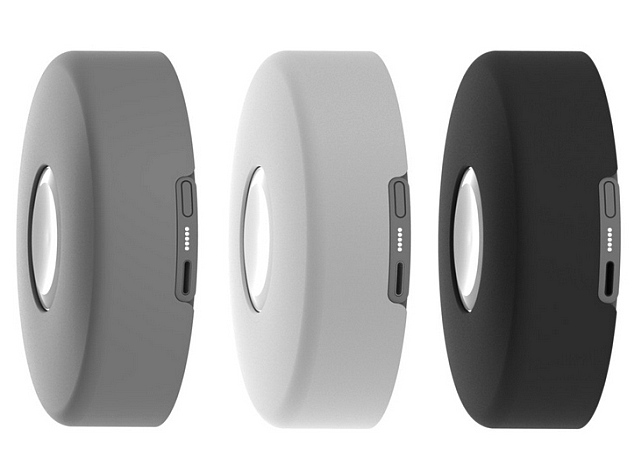 Ahead of the launch of the Apple Watch on April 24, accessory maker Nomad has already announced a battery pack for the smartwatch called Pod.

Flaunting a puck-like design, the Nomad Pod houses an 1800mAh battery, and a slot on top where the Apple Watch can be placed. The Watch will need to be connected to the official MagSafe charging cable, which can be coiled around a ring inside accessed by lifting off the top enclosure.

A USB-C connector is also equipped inside the battery pack that can be used for both input and output - notably, Apple's new 12-inch MacBook features a USB-C port. The Nomad can also deliver power via Type A USB, and be charged via Micro-USB.

According to the accessory maker, the Pod can charge the Apple Watch fully four times. The Pod battery pack is yet to go into production however, and TechCrunch notes that Nomad is waiting for the final dimensions of the Apple Watch from the firm before manufacturing the battery pack.

The Nomad Pod website states the first batch of 5,000 units to ship starting June 15. The device will be available in three colour variants - Silver, Space Grey and Matte Black. The Pod can also be pre-ordered for $60 each.

Apple launched its Apple Watch earlier this month including yellow or rose gold models with sapphire faces costing up to $17,000 (roughly Rs. 10.5 lakhs). The watch will be available starting April 24. Most of the functions offered by the watch will be associated with the iPhone, which will tether wirelessly to the watch and connect it to the Internet.