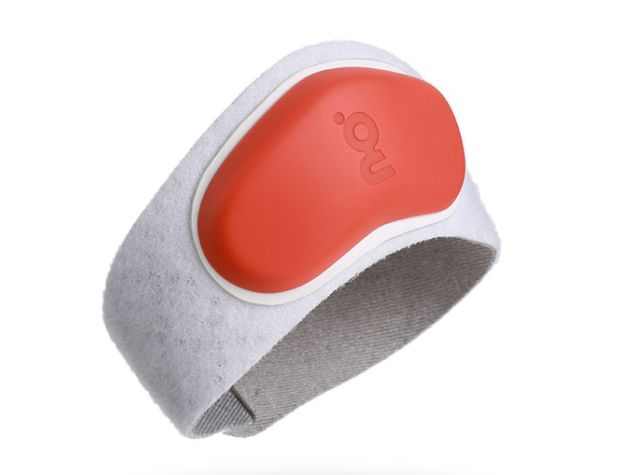 Worried about your toddler's activities all the time? Fear not as these wearable bands loaded with sensors will track your baby's every move in the house.

The wearable band, called 'Sproutling Baby Monitor', sits on your child's ankle and senses information about the baby's well-being.

The sensors in the device measure heart rate, temperature and location of the baby. The wireless charging plate for the wearable also comes with its own sensors, which measure the humidity, light, noise, and temperature in the room.

A $249 wearable (introductory price, will retail for $299) uses this data to understand a child and send notifications to parents via the companion smartphone app. The visual layout of the notifications apparently won't overwhelm parents with information.

The makers claim the Sproutling Baby Monitor even tells you when the baby is in a fussy mood.

Touting the wearable band's breathable and hypo-allergenic qualities, the company adds that three different sizes of band will be included, so that it 'grows with the baby'. Sproutling says its wearable band and companion app supports up to 4 children at a time.

Parents will be informed if they are making too much noise in the next room, via the charging plate's sound sensor. Any unusual change in the baby's condition will be immediately notified to parents along with a warning.

The Sproutling wearable is available for pre-order from the company's site, with the company claiming 75 percent of the stock for the first shipment has already been sold out. Orders will ship in early 2015. For now, with the iPhone pictured in product images, the companion app seems meant only for iOS devices - however this may change before the product hits shelves.